PASSENGER traffic on Ireland's railways continued to recover in the first quarter of this year according to figures released by Irish Rail (IE) on April 9, which show ridership in the first three months of 2015 increased by 3.8% compared with the same period last year. 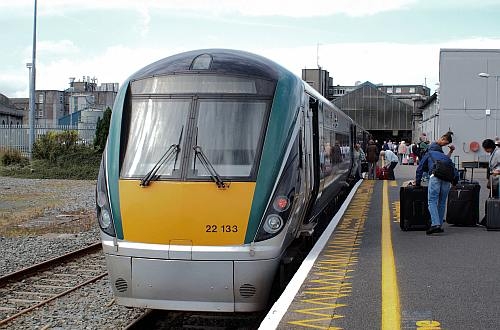 The strongest increase was on Dublin's Dart suburban network, which saw passenger numbers climb 6.1% to 3.69 million. Intercity ridership rose by 2.1% to 2.36 million, while the commuter sector carried 2.76 million passengers, a 2.2% increase.

IE attributes this growth to a number of factors, including fares initiatives for holders of the Leap Card contactless smartcard; promotional activities including online and student markets; continued participation in the Taxsaver scheme for commuters, which saw 4% year-on-year growth; and the recovery of the Irish economy.

IE says it has increased capacity on a number of services and additional trains have been introduced to meet demand on some Intercity routes, including a new Friday evening service from Dublin to Waterford, which was introduced recently.

Further growth is expected in the Dublin area next year, when frequencies on the core Dart network will be increased from 15 minutes to 10 minutes. Planning is now underway for the new timetable and IE says it has prioritised driver training to accommodate additional services.