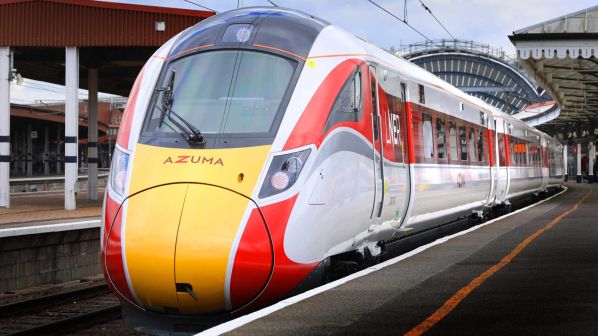 The contract includes a possible extension of up to two years. The DfT says the direct award contract will enable the operator to continue to deliver planned improvements for passengers, including the rollout of Azuma class 800/801 inter-city trains and an associated expansion of the current timetable.

“We are pleased the Department for Transport has made a direct award to LNER to continue operating inter-city rail services on the East Coast for another three years with the option to extend for a further two,” an LNER spokesperson said.

“This will allow us to continue delivering planned improvements for customers, including completing the introduction of Azuma trains and associated increase in services, destinations and reductions in journey times as well as our enhanced customer experience.”

LNER is owned and overseen by the DfT Public Sector Operator, DfT OLR Holdings, and was installed following the failure of the Virgin Trains East Coast (VTEC) franchise jointly held by Stagecoach (90%) and Virgin (10%) in May 2018. This was the third time the franchise had failed since operation was privatised in the 1990s.

LNER introduced the first of 65 Azuma trains in May 2019 and has received 59 sets with the remaining six due to be accepted "over the coming months." The company is currently only accepting passengers with reservations on its trains in order to manage passenger numbers during the Covid-19 pandemic.