TRANSDEV Germany has filed an appeal with Saxony’s State Office for Road Construction and Transport (LASuV) against a waiver enabling Flixbus to operate inter-city bus services on the Leipzig - Chemnitz route on the grounds that it establishes “unlawful” competition with publicly-funded train services. 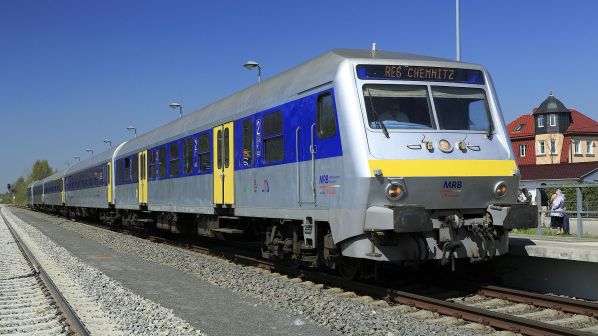 Transdev argues that the exemption granted to Flixbus contravenes federal law on passenger transport, which states that inter-city bus stops must be at least 50km apart on routes where the equivalent regional train journey takes more than an hour to protect the revenues of publicly-subsidised local transport.

Since December 2015, Transdev has operated an hourly Regional Express service between the two cities under the Mitteldeutsche Regiobahn (MRB) brand under a Public Service Obligation (PSO) contract awarded in March 2015.

The journey time for the 81km trip is 59 minutes for Leipzig-bound trains and 1h 5min for Chemnitz-bound services. For this reason, Flixbus was able to offer a service to Chemnitz, which operated once a day five days a week, but was not permitted to run Chemnitz - Leipzig services.

“The exemption granted is unlawful,” says Transdev Germany spokesman, Dr Tobias Heinemann. “It is clearly at the expense of the rail link between Leipzig and Chemnitz, and will deduct from the ridership. We cannot accept that as operator of the route.”

Heinemann also notes that Germany’s train operators cover a much higher proportion of infrastructure costs than buses, which are exempt from highway tolls. “We call upon politicians to finally ensure a fair framework for all mobility providers,” he says. “Then we would not hesitate to compete with long-distance buses between Leipzig and Chemnitz.”