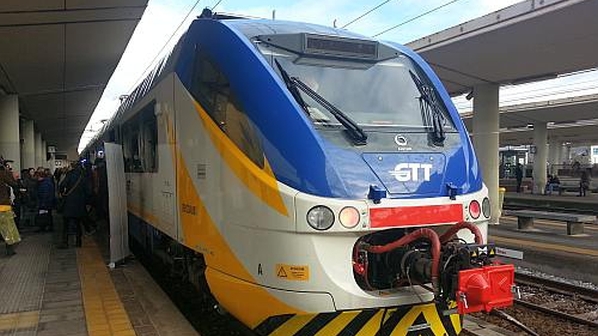 The SFM network consists of eight suburban lines totalling 500km across the Turin metropolitan area. Services are coordinated by the Metropolitan Mobility Agency and financed by the Piedmont region. GTT previously operated SFM1 and SFMA, with Trenitalia operating the remaining lines.

Trenitalia was awarded a 10-year contract with a five-year extension worth €1.94bn in September 2019 to operate the full SFM network. The operator submitted the most economic offer, and also guaranteed the replacement of 32 trains with a new fleet of Pop and Rock trains in 2022.

Trenitalia is due to take over operation on the final SFMA Turin - Ceres line following the completion of work at the end of the year.

Under the contract, Trenitalia will restart services on the Pinerolo - Torre Pellice line and launch a new service on the SFM8 Turin Lingotto - Settimo line.

Trenitalia plans to introduce a number of measures to boost tourism in the region, including increasing the number of spaces for bicycles on trains and improving security systems and information equipment.

Passengers will also have the option to purchase tickets using systems such as Satispay and Amazon Pay. The network will also be integrated with other forms of shared transport such as cycling and car sharing.