The network has been operated by Keolis Amey since 2018. 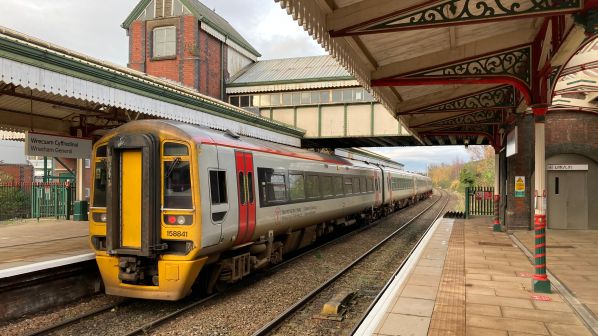 The move was announced in October 2020, after discussions with private operator Keolis Amey, a joint venture of Keolis (60%) and Amey (40%), fell through following a drop in passenger numbers due to the Covid-19 pandemic. Keolis Amey began operating the 1450km network in 2018.

Transport for Wales Rail Ltd took over responsibility for the operation of day-to-day rail services on January 7. TfW says this provides the Welsh rail network with a stronger footing to sustain services over the next few years during the recovery from the pandemic.

Infrastructure management and transformation of the Welsh government-owned Core Valley Lines in South Wales will continue to be delivered under the current contract with Amey Keolis Infrastructure.

A new partnership with Keolis and Amey, led by TfW, will be responsible for delivery of important commitments such as integrated ticketing, on demand transport systems, the design and delivery of different modes of transport, and the ongoing integration of light and heavy rail services.

. “Since the pandemic began, we’ve provided significant financial support to keep trains running,” says minister for economy, transport and North Wales, Mr Ken Skates. “The need for greater public control is a reflection of the ongoing pressures of coronavirus and the challenges being faced across the rail industry as passenger demand remains low.

“We remain determined to deliver key commitments made at the start of the journey with Transport for Wales, including the creation of Metro systems and the delivery of new rolling stock. Bringing the rail franchise into public control will help secure this better future for passengers. It is a public transport asset, in public ownership, for the public good.”