THE Welsh government has announced that it will bring the Wales and Borders rail franchise under public control, effectively nationalising passenger rail operations in the country. 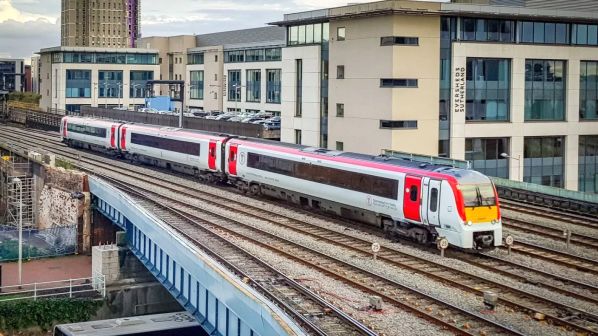 Under the new arrangement, services will be operated by the Welsh ‘operator of last resort,’ which was renamed on October 16 as Transport for Wales Ltd (TfW Ltd). The new operator is a subsidiary of Wales’ devolved infrastructure manager, also named Transport for Wales (TfW).

The announcement follows the failure of bailout talks with private operator Keolis Amey, a joint venture of Keolis (60%) and Amey (40%), which began operating the 1450km network in 2018. The Welsh government says the new arrangement will secure the future of passenger services, protect jobs, and continue network improvement projects.

“We have decided to transfer day-to-day rail services to a new publicly owned subsidiary of Transport for Wales,” says Mr Ken Skates, minister for economy, transport and North Wales. “Covid has significantly impacted passenger revenues and the Welsh government has had to step in with significant support to stabilise the network and keep it running.”

Under the new arrangement, Keolis Amey will continue to provide support to TfW Ltd in delivering key projects such as the introduction of new rolling stock and the construction of the £738m South Wales Metro (SWM) transport project, a planned multi-modal transport system, which incorporates trains, light rail and bus services, construction of which began on August 3.

The joint venture will also work with TfW to improve integrated ticketing and on-demand transport systems, and provide advice and support to the new operator.

In addition, its subsidiary Amey Keolis Infrastructure will continue its work as infrastructure manager of the Core Valley Lines (CVL) project, where it is responsible for upgrades to track, stations and signalling together with regular maintenance.

Keolis Amey says that details of a new financing and operational model will be finalised in the coming months.

“In light of Covid-19, we recognise the need for Welsh Government to have a sustainable way forward for delivering its ambitious objectives for rail, and we are pleased to have agreed and put in place robust principles as we work on the details of a new agreement,” says Mr Kevin Thomas, chief executive of Keolis Amey Wales.

“I want us to maintain our ambition for a high quality and integrated public transport system with modal shift at its heart over the next few years and I believe that today’s announcement is vital in helping us do that,” says Mr Lee Waters, Welsh deputy minister for economy and transport.

The news follows the decision of the British government to end franchising in England due to the pandemic, and the introduction of new Emergency Recovery Management Agreements (ERMA) from September 20. Under the new arrangements, the taxpayer will make-up any shortfall in revenues for 18 months, until March 2022. Following the expiry of the ERMAs, the English rail network is expected to transition to a system of concessions.