TRIAL operation of Changsha metro Line 4 began on May 26 with 361,500 passengers using the 33.5km line, the city’s third metro line, during the first two days of operation. 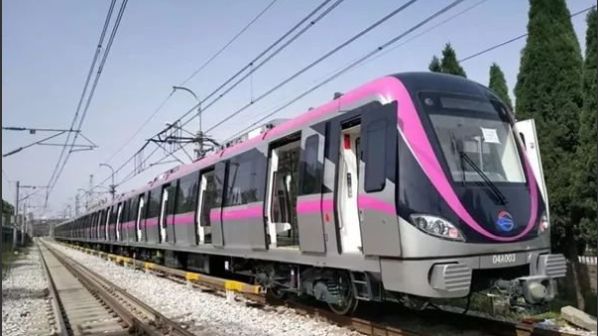 The line runs from Guanziling in the northwest of Changsha south to Fubuhe and then east to Dujiaping and has 25 underground stations. Construction began on the project in 2014 and operation on the line was expected to begin at the end of 2018.

In total, the Changsha metro network, which as well as Line 4 comprises lines 1 (23.6km) and 2 (26.6km), carried 936,600 passengers on May 26, a 30.2% increase on the previous day. Line 4 also interchanges with the airport maglev service at Changsha South Railway Station.

Following visits to Hanwangling Park, Hunan University and Bishahu station to mark the opening of the line, Mr Hu Zhongziong, secretary of the party committee of Hunan Xiangjiang area, said the start of operation on Line 4 is the starting point for further acceleration of work on metro lines 3, 5 and 6, which are currently under construction.

Changsha has one of the fastest growing population rates of any Chinese city, with 240,000 new residents moving to the city in 2018, following around 270,000 in 2017, and a similar number expected this year. Hu said that the addition of Line 4 transforms metro transport in the city into a network and contributes to an improvement in quality of life.

For more information on metro projects from around the world, subscribe to IRJ Pro.