MORE than eight years after construction began, work on the new automated M3 Cityringen metro line in Copenhagen has been completed, with the line set to open on September 29. 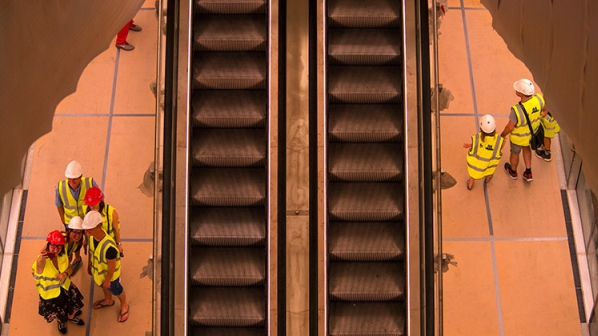 The 17km line, which includes 15.5km underground, forms a ring around the city centre and connects with the city’s three other metro lines as well as the S-Train suburban network. The 17 new stations will connect Vesterbro, Frederiksberg, Nørrebro, Østerbro and the inner city.

Civil works on the Cityringen were carried out by the Copenhagen Metro Team consortium of Salini-Impreglio, Seli, and Tecnimont.

“The stations and the system are nearly ready, and in the coming months, we must be sure that all tests and documentation are in place and are up to standard, so that the authorities can process it as part of the final approval,” says Metroselskabet CEO, Mr Henrik Plougmann Olsen. “We have a full focus on what is in place, but we will only be able to give the final confirmation of the date close to the opening day. We estimate that the timetable is realistic, but it is based on the recruitment that all parties deliver an effective and coordinated effort to ensure a qualified basis for achieving the final safety approval.”

The line has an average depth of 30m below street level, and is forecast to transport up to 72 million passengers a year. Services will operate 24 hours a day with headways of between 80 and 100 seconds. Trains will take 24 minutes to complete the loop. Following the opening of the line, 85% of Copenhagen’s residents will live within 600m of a metro or railway station.

Tunnel boring machines (TBM) Eva, Minerva, Nora and Tria were launched in 2013 and excavated 31km of tunnels without interrupting commercial activity at street level. At the Magasin du Nord, a 19th Century department store in the historic centre of Copenhagen, the TBMs passed within 1.5m of the foundations without affecting business.

“Cityringen is a work of pride for our group and an example of excellence for sustainable mobility in Europe and the world,” says Salini Impregilo chief executive, Mr Pietro Salini. ”The time it took to complete it, the impact it will have on the quality of life of the city, the capacity of its transport services; all are factors that make a unique project. It is not by chance that a project of this kind was done in a capital that more than any other in the world wants to reduce air pollution.”

In future, services on the line will be partially augmented with the opening of the M4, which will run from Copenhagen H to Nordhavn and Orientka, and is due to be completed in 2030.