INDIAN prime minister Mr Narendra Modi opened the first 6.5km Vastral - Apparel Park section of Ahmedabad Metro Phase 1 on March 4, before taking a ride on one of the driverless trains due to operate on the network. 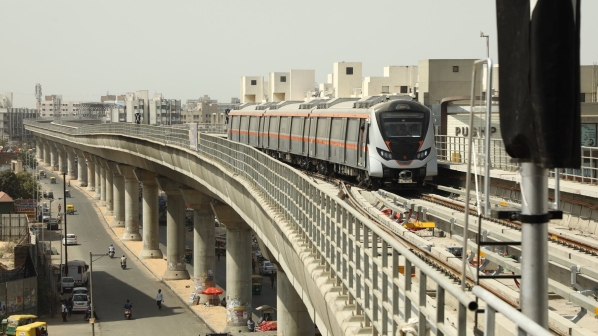 The 40.03km Phase 1 includes the 18.87km, 15 station North-South Corridor from Motera Stadium to APMC and the 21.16km, 18 station East-West Corridor from Vastral Gam to Thaltej Gam, which meet at the Old High Court Interchange. Phase 1 is due to be completed in 2023.

Construction on the network began in 2015. Four stations and approximately 6.5km of the East-West Corridor between Apparel Park and Old High Court Interchange will be underground, with the rest of the network elevated.

Hyundai Rotem was awarded a contract worth around Won 177.1bn ($US 157.2m) to deliver 96 cars for the network, including 54 for the East-West Corridor and 42 for the North-South Corridor. Three three-car trains will initially begin operations while the remaining trains will be delivered through to 2020. 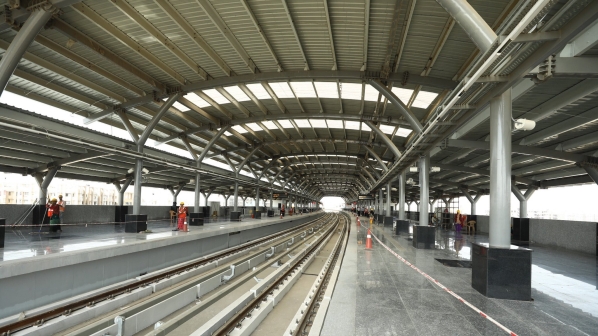 The union council of ministers approved for Phase 2 of the Ahmedabad Metro on February 19. Phase 2 comprises the 22.84km section of the North-South Corridor from Motera Stadium to Mahatma Mandir and the 5.6km stretch of the East-West Corridor between Gujarat National Law University and Gujarat International Finance Tec-City (Gift City). 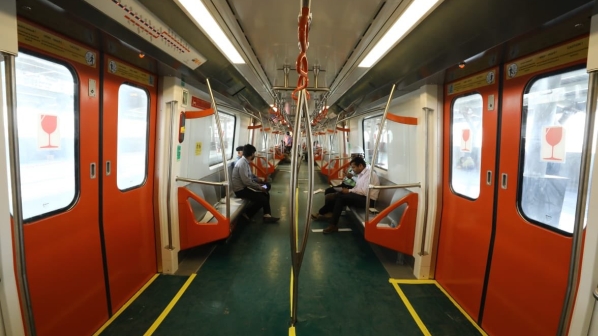