IRANIAN president Dr Hassan Rouhani inaugurated a 2km extension of Mashhad metro Line 2 from Shohada to Shariati on May 7, connecting the city’s two metro lines for the first time. 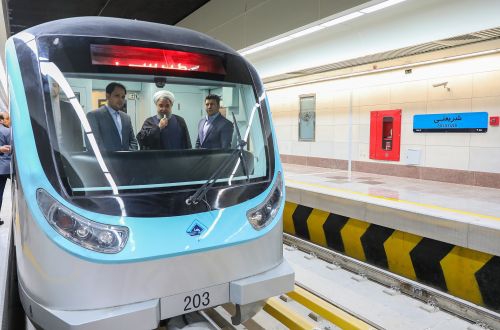 Shariati station is now an interchange between the northeast-southwest Line 2 and the east-west Line 1, which links the city’s airport with Torghabeh.

The first phase of Line 2 was inaugurated in February 2017.

Shohada station will ultimately become an interchange between Line 2 and the future lines 3 and 4.