The contract includes the CBTC, ATS and Scada systems. 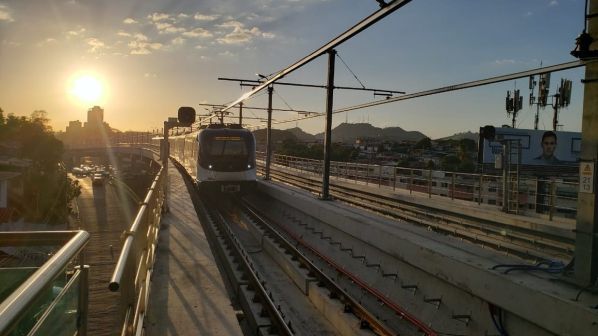 PANAMA Metro (MPSA) has awarded the Alstom-led SAT consortium, which includes Thales and Sofratesa, a contract to supply, install, test and commission the Urbalis 400 CBTC system, automatic train supervision (ATS) and supervisory control and data acquisition (Scada) systems on the extension of Line 1.

MPSA awarded a €145m contract to a consortium of Alstom, Thales, Sofratresa, CIM, and TSO in November 2015 to expand the Line 1 train fleet and upgrade the line’s signalling system, power supply, and depot facilities.

The 2.2km elevated extension will connect the current terminus at San Isidro station with the future terminus in Villa Zaíta, with capacity for up to 10,000 passengers per hour. The project includes the construction of a multimodal bus and taxi interchange at Villa Zaíta, as well as a park-and-ride facility with capacity for 800 vehicles. Tracklaying and catenary installation on the line is due to begin in October with testing scheduled to begin in May 2023.

In June, MPSA awarded TCP Rail, a subsidiary of NGE, and CIM a $US 13.9m contract to supply and install track and rigid catenary for the northern extension of Line 1.

For detailed data on metro projects in South America and around the world, subscribe to IRJ Pro.