PARIS Transport Authority has announced that the Paris Metro Line 14 northern extension is on track to open in December, despite disruption caused by the coronavirus pandemic. 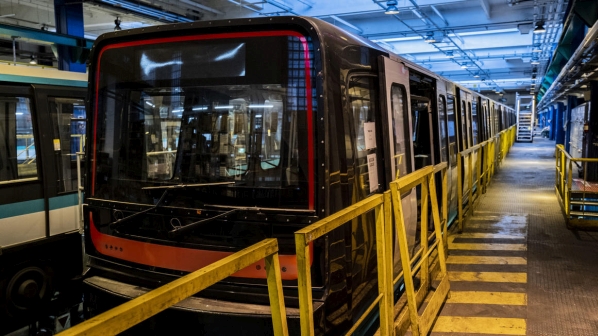 The line will deploy MP14 trains supplied by Alstom.

Work on the 6.4km extension was able to continue under a reduced timetable after the announcement of a nationwide lockdown on March 16, following the development of new procedures designed to restrict transmission of the virus on site.

Work on electromechanical equipment at stations including escalators, lifts and gates continued, but was carried out by smaller teams than usual. Tests were also conducted on the line between the existing Madeleine station and the new one at Port de Clichy.

Construction on the extension’s four new stations resumed in early May, and included the laying of tiles and surface coverings, the installation of equipment and lights, and the commissioning of fire safety, control line, announcement and security systems. Tests on these systems will be conducted over the summer.

The first eight-car MP14 EMUs are expected to begin service on the line from September, pending final tests. The delivery, assembly and commissioning of the vehicles is expected to take place over the next few months at the metro’s maintenance workshop in Saint-Ouen.

Tunnelling work on the southern section of Line 14 resumed from April 27, with tunnel boring machine ‘Claire’ beginning work between Pont de Rungis and Jean Prouvé. This was followed by its sister machines ‘Allison’ on the section between Jean Prouvé and Maison Blanche from April 28, and ‘Koumba’ on May 11, between Morangis to Pont de Rungis.

Upon completion of the northern and southern extensions, Line 14 will become a core part of the Grand Paris Express network.

For detailed information about metro projects from around the world, subscribe to IRJ Pro