RATP and Île-de-France Mobility say it is not currently possible to quantify the impact of the coronavirus on the metro projects underway around Paris, as work resumes on a number of metro extensions following months of disruption. 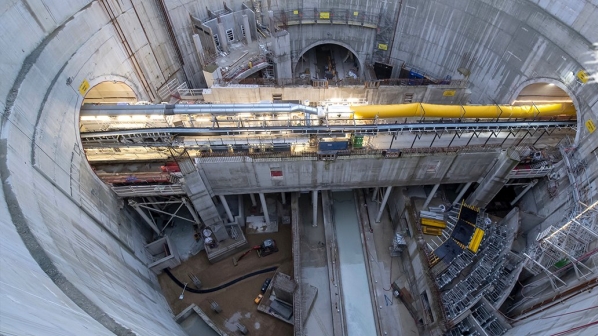 The developers were forced to stop or scale back work on a number of projects between March 16 and 18.

RATP was able to continue work at a reduced rate on two key projects, the automation of metro Line 4 and the northern extension of Line 14. This allowed the new centralised command and control (PCC) centre for Line 4 to be commissioned on May 3.

A restart phase involving all major infrastructure projects has been underway since the end of April, with work methods revised to include new health and safety measures to protect staff during the pandemic.

RATP and Île-de-France Mobility are working alongside the French government, French National Railways (SNCF), Société Grand Paris, the Ile de France region, and the city of Paris to modernise and develop the Ile-de-France rail network with a number of projects underway.

The extension of Line 4 will connect the current terminus at Mairie de Montrouge with the future terminus station of Bagneux - Lucie Aubrac. This includes the construction of two stations in Montrouge and Bagneux, a new 1.8km tunnel and the rehabilitation of 2.7km of existing tunnel.

The modernisation includes the installation of platform screen doors and the entry into service of automatic operation, combined with the new PCC.

Mairie de Montrouge station has also been equipped with platform screen doors, taking the total number of stations on the line equipped with the doors to 17 out of 27. Simplon station is expected to be equipped soon.

Line 11 is being extended by 6km, with 5.4km already in commercial operation. The project includes six new stations, including one elevated, and a new train maintenance facility.

Work was gradually resumed from April 27, with most work underway by May 4. This included the assembly of the Sofia tunnel boring machine at the new La Dhuys station, which resumed tunnelling on May 25.

The extension of Line 12 includes the commissioning of two new stations, Aimé Césaire and Mairie d’Aubervilliers, along with the drilling of a 3.8km tunnel connecting Porte de la Chapelle to La Courneuve. The resumption of work was staggered between May 11 and 18, following a preparation phase.

When the northern and southern extensions are completed, Line 14 will become the backbone of the Grand Paris Express network, with 100% automatic underground operation.

Testing on the line has also resumed at a reduced rate since April, with tests of automatic operation between Madeleine station on the existing line and the new Porte de Clichy station already complete.

Construction work on the new stations has also resumed, with full work on the line resuming this week.

Renovation work on Auber station resumed in early May.