The line will relieve congestion in the southwest of the city. 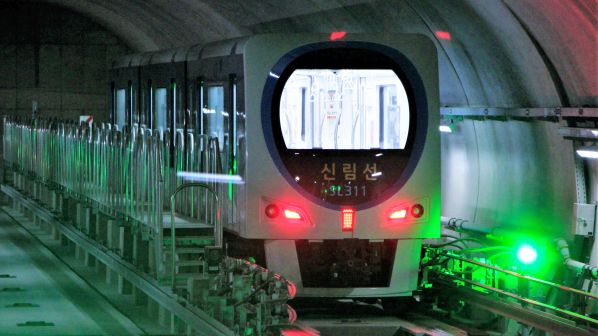 SEOUL’s Sillim Line rubber-tyred metro opened on May 24, improving connections in the southwest of the city.

Test running on the line began in January. Services are provided with 12 three-car trains, with a maximum speed of 60km/h.

Under the 30-year contract, Hyundai Rotem will oversee overall operation and maintenance, and GMRT will provide supervision and technical support.