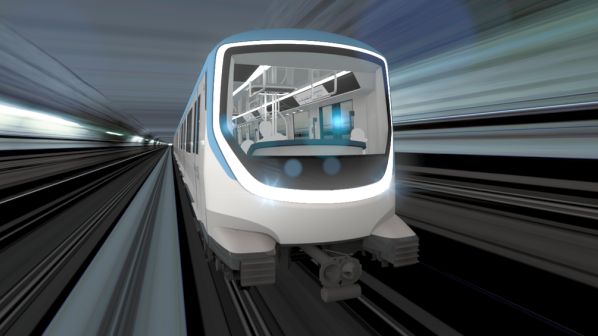 The consortium will initially submit tenders for the operation of metro lines 16 and 17, which are both due to open in 2023. If successful, the three companies will create a joint venture (JV) to undertake the contract. RATP Dev will hold a 60% share in the JV, while ComfortDelGro Transit and Alstom will each hold 20%.

The 29km Line 16 will be fully automated, connecting 800,000 residents across three administrative regions, and is expected to carry 200,000 passengers per day. The line will have 10 stations, with a 27 minute journey time from Saint-Denis Pleyel to Clichy-Montfermeil. The line will also serve several host sites for the 2024 Olympic and Paralympic Games.

The 27km automated Line 17 will link nine stations from Saint-Denis Pleyel to Mesnil Amelo, with an end-to-end journey time of 25 minutes. The line will benefit nearly 565,000 residents across three administrative regions, and is expected to carry between 130,000 and 160,000 passengers daily.

The three companies say they have chosen to combine their strategic areas of expertise to offer transport authority Ile-de-France Mobility an integrated multimodal and intermodal transport solution for operation, maintenance, and service.

“The partnership signed by RATP Dev with transport players ComfortDelGro Transit and Alstom is a strategic coup for the RATP group,” says RATP group chairwoman, Ms Catherine Guillouard. “This alliance underscores a shared desire to help the Greater Paris Region develop its transport networks for the benefit of the local population and to bolster the city’s reputation around the world.”

“For a while now, we have been looking for a strong overseas rail operator to partner with us in international rail projects,” says ComfortDelGro managing director and group CEO, Mr Yang Ban Seng. “RATP Dev is widely acknowledged as being one of the very best out there with a wealth of experience, operating not just in France, but in a host of other countries on four continents.”

In March last year, Société du Grand Paris (SGP) and Ile-de-France Mobility exercised an option for 23 additional three-car Metropolis metro trains from Alstom for lines 16 and 17. The order, worth around €100m, was an option from a contract signed in September 2018, which included an initial order for 25 six-car trains for Line 15.