The line will eventually be the longest in the world, at 70km. 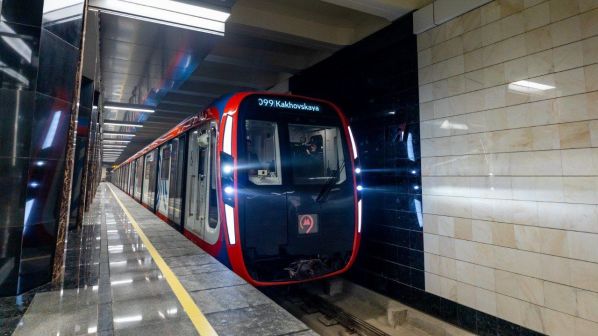 THE 21km Mnyovniki - Kakhovskaya section of Moscow’s Big Circle Line (BCL) was opened on December 7, adding nine new stations and a renovated station. When fully completed in late 2022 or early 2023, the 70km BCL line will be the longest single metro line in the world with 31 stations.

The line was opened by Russian president, Mr Vladimir Putin, who appeared via videoconference, and Moscow mayor, Mr Sergey Sobyanin. “Today is a historic day for the city,” says deputy mayor for transport, Mr Maksim Liksutov. “The president of Russia and the mayor of Moscow have opened the longest section of the Moscow Metro to be launched at once in its entire history.”

Aminevskaya station will eventually connect with the new Central Diameter 4 through an underground passage.

Up to 23 tunnel boring machines (TBM) were used concurrently on the line to accelerate construction. The line also used construction techniques not previously used in Moscow, says the CEO of the Mosproekt-3 Group, Ms Anna Merkulova, a subsidiary of which designed six of the stations.

“We have put the stations closer to the surface to increase the amount of work done with TBMs,” she says. “Coupled with the unprecedented number of TBMs engaged in the project, such a solution provided the possibility to improve the time needed for construction of new underground infrastructure.”

The line is part of a programme launched in 2011 to double the length of Moscow’s off-street rail system, including the Moscow Metro, Moscow Central Circle, and the Moscow Central Diameters. These will exceed a combined 1000km by 2024, adding 120 new stations.