LEGISLATION amending EU rules on rail passenger rights was approved by MEPs at a plenary session of the European Parliament on November 15. 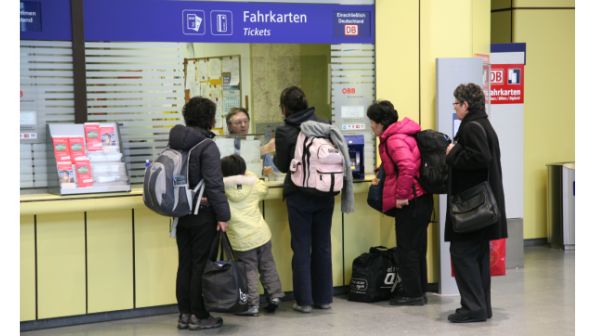 The recast of Regulation 1371/2007 (EC) on Rail Passenger Rights and Obligations passed with 533 MEPs voting in favour, 37 against and 47 abstentions.

For passengers making multi-leg journeys with several tickets, rights to information, assistance and compensation will be the same as those for a through ticket.

MEPs also rejected proposals to exempt operators from paying compensation in the event of “extraordinary circumstances.”

The recast will guarantee that assistance for passengers with reduced mobility will be free-of-charge and available at larger stations without the need to provide prior notification. The time needed for prenotification of assistance at smaller stations has also been reduced.

In addition, the recast also includes provisions to ensure new and refurbished trains have “well-indicated spaces” to accommodate assembled bicycles and MEPs have backed an earlier-than-planned phase-out of temporary exemptions used by a number of member states to only partially implement the 2009 rules to domestic services. These exemptions will end within a year of the recast coming into force.

“Today is a great day for consumer rights,” says the recast’s rapporteur Mr Boguslaw Liberadzki.  “Soon passengers will be able to take bicycles on every train and persons with reduced mobility can rely on better assistance at stations and on trains. Parliament takes consumer rights very seriously, so we are also proposing higher compensation payments in case of delays and want to ensure that passengers on journeys which involve more than one connection and who have been issued separate tickets have the full protection of the rules.”

However, the Community of European Railways and Infrastructure Managers (CER) claims the newly-adopted delay compensation thresholds and the elimination of the force majeure principle will add around €600m a year to the costs of Europe’s train operators, and in turn their customers.

“The impact is even bigger taking into account the proposed forced staffing of stations and trains at all times, the forced refurbishment of all existing trains to accommodate eight assembled bikes, and the unlimited liability of railway undertakings for tickets packaged and sold at the discretion of ticket vendors,” CER says. ”Rather than benefitting passengers, the adopted text would lead to unwanted consequences including an immediate surge in ticket prices, discontinuation of rail services and/or stops of trains at stations due to the inability to cope with the proposed provisions, and as a result, less travel options for rail customers.”

Earlier this week the European Passengers’ Federation (EPF) and the European alliance of new rail entrants, AllRail, called for mandatory missed connection protection for all rail passengers in the European Union, a provision not included in the recast.