FRENCH prime minister, Mr Edouard Philippe, and transport minister, Mrs Elisabeth Borne, set out a timetable on February 26 for rail reform in France following the publication on February 15 of the Spinetta report. 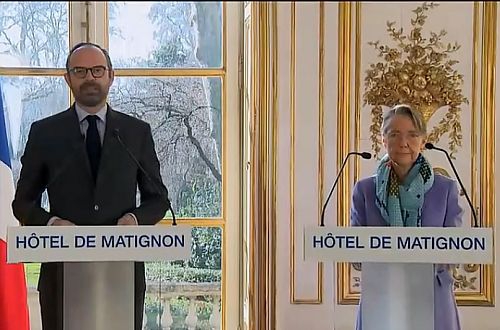 In mid-March, the government will start to consider how to reorganise French National Railways (SNCF) in order to make it more agile, and to create a situation whereby infrastructure manager SNCF Network can guarantee equitable access to the network for all operators. This in turn will require the government to consider the future of SNCF’s stations and connections division, which is currently part of SNCF Mobility.

At the beginning of April the government will start to look at the modernisation of the social sector of the railway, such as terms of employment. The government wants to phase out the system which gives railway employees a job for life with a retirement age of 50-55, at least for new employees.

Borne guaranteed that there will be a wide discussion on the proposed reforms. “During the next two months we have to talk to representatives of the users, the regions, the best economists, the associations and the unions,” she says.

The objective is to agree the key principles for railway reform before the summer.

Referring to the Spinetta report, Philippe said: “The diagnosis is severe, but sadly correct. The situation is alarming, not to mention untenable. The French, whether they take the train or not, are paying more and more each year for a public service which operates less and less well.”

Philippe echoed one of the Spinetta report’s conclusions that the lion’s share of railway investment has been devoted to building the high-speed network during the last 40 years to the detriment of the conventional network.

“The situation today is that our network is in an advanced state of decrepitude - our infrastructure is on average twice as old as that in Germany,” Philippe pointed out. “On 20% of the network the operating speed has been reduced to ensure passenger safety. This is twice what it was 10 years ago.”

Referring to the Paris regional express network (RER) and regional TER services, Philippe said: “Almost one in six RER trains and one in 10 TER trains arrive late, which is double that of our German and Dutch neighbours.”

Philippe points out that the railway receives €14bn of financial support each year which is more than the police and gendarmerie combined receive. He says railway support is now 22% higher than it was 10 years ago and yet the service is deteriorating.

“The Spinetta report reveals a simple truth: running a train in France costs 30% more than elsewhere,” Philippe said. This is partly due to the ageing infrastructure but also SNCF.

The prime minister is also concerned about SNCF’s mounting debt which he says “threatens to engulf the system.” Philippe says the debt has grown from €20bn to €50bn in 20 years and now equals the national education budget. “SNCF pays €1.5bn each year in interest payments,” Philippe said. If nothing is done, the debt will grow to by another €15bn during the next 10 years.

The prime minister is proposing a new railway pact between the nation, SNCF and railway employees that will achieve concrete improvements:
• more frequent and punctual trains which offer better service and safety
• a better economic model for SNCF as a public enterprise oriented to the future and able to compete face-to-face
• a clear vision for railway employees, and
• a guarantee that each euro will be spent efficiently.

As far as reforming SNCF is concerned, Philippe says the existing structure is too rigid and fragmented. “Between the exploded British model and the continental model of a very integrated group, as exists in Germany, my preference is for the second model,” he revealed.

Philippe also gave four assurances:
• rail funding will not be cut - indeed it is already planned to increase the amount devoted to renovating the network by 50% over the next 10 years
• Spinetta’s recommendation to close around 9000km of lines has been rejected
• there will be no reform of railway pensions, and
• SNCF will not be privatised.