The monthly ticket could be introduced in April or May 2023. 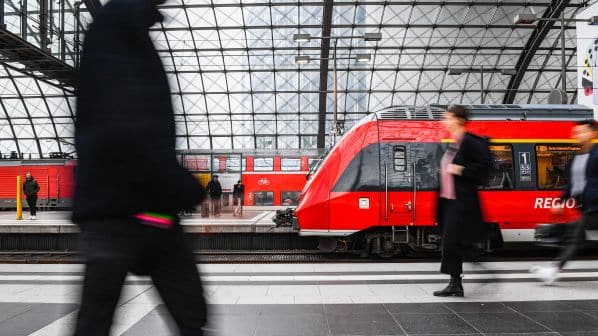 GERMANY’s federal and state governments have agreed to jointly fund the introduction of the monthly €49 Deutschland Ticket as a successor to the highly successful 9-euro ticket, which ran for three months this summer.

German chancellor, Mr Olaf Scholz, said the government and the states had initially agreed to contribute €1.5bn each to cover operators’ losses during the first year of the scheme, but have now agreed to split the cost evenly even if it exceeds €3bn.

The €49 ticket will be sold as a monthly subscription and will be valid on local public transport across the country including S-Bahn, regional trains and metros.

Scholz did not give a timescale for the introduction of the ticket, but said it was due to become available “very quickly,” with April and May 2023 both suggested as likely start dates. The ticket will initially cost €49, and the price will rise each year in line with inflation.

The German Association of Transport Companies (VDV) called for the ticket to be implemented as quickly as possible now that funding negotiations have been completed, and said April 1 2023 was a reasonable start date.

“The negotiations were always driven by the goal of introducing the ticket, and in present times budgetary constraints have to be carefully weighed,” says VDV managing director, Mr Oliver Wolff. “This is also in the interest of citizens and has taken time accordingly. A number of legislative processes must now be implemented in a timely manner.”