The ticket will be sold as a monthly subscription. 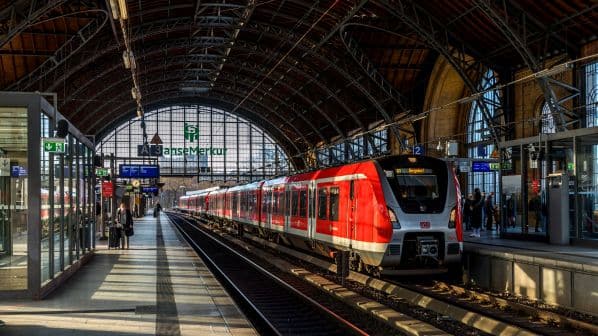 THE German chancellor, Mr Olaf Scholz, and the state heads of government have agreed to introduce a monthly €49 ticket for regional public transport across Germany, as a successor to the widely popular 9-euro ticket introduced between June and August.

The “Deutschlandticket” will be a digital ticket that will be purchased as a monthly subscription that can be cancelled at any time, and is expected to be introduced from January 1. The funding for the ticket was agreed on by the federal and state transport ministers during the Conference of Ministers-President on November 2.

The ministers say the ticket will significantly increase the attractiveness of local public transport, and also support Germany’s climate goals while reducing the financial burden on citizens.

The federal government will provide €1.5bn to cover the costs of the tickets, with this expected to be matched by the state governments. The regulations for the Deutschlandticket allow state variations to the ticket, but these must also be paid for by the states.

However, the Association of German Transport Companies (VDV) general manager, Mr Oliver Wolff, says that the introduction of the ticket may miss the January 1 date set by the ministers, and may first have to be introduced as a paper ticket.

“The Deutschlandticket represents a paradigm shift for more climate-friendly mobility in our country and we welcome the fact that both the federal government and the states want to assume their financial responsibility to a greater extent,” Wolff says. “Transport companies and associations will do their utmost to implement this decision as quickly as possible, but it is clear that the January 1 deadline will not be met, as crucial questions remain unanswered. These unresolved issues also mean that the ticket will not be available everywhere in digital form for the time being.”

Wolff says the risk of a higher loss as well as the necessary launch costs have been moved to operators, and the ability to cancel the ticket at a month’s notice leads to considerable revenue risk.

“The companies cannot be burdened with implementing a ticket decided on by the federal and state governments and thereby putting their own company in a massive predicament,” Wolff says. “The decision is also insufficient from a local government point of view, as the municipal budgets cannot finance risk compensation either. In this respect, negotiations must be held immediately - in the sense of the federal and state governments financing half of the actual costs.”

The federal government has also agreed to provide an additional €1bn in regionalisation funds, which are used by the states to fund and invest in local public transport. The regionalisation funds will then increase annually by 3% instead of 1.8%, with the first increase in 2023. The federal government says the states should also increase their annual contributions by the same amount.

“In recent years, the bus and rail companies have worked closely with the federal and state governments to find solutions to a wide range of challenges: we have helped to advance climate protection legislation with our proposals, we ran the full public transport service during the pandemic at the request of politicians - and we made the 9-euro ticket a success. The industry continues to stand ready for constructive cooperation. However, it is crucial that the financial risks are not shifted to the transport companies and associations.”

The federal government and the states will next discuss the further development of regionalisation funds and the Deutschlandticket at the end of 2024.