Mr Yoshiyuki Kasai, the honorary chairman of Central Japan Railway (JR Central), who played a key role in privatising Japanese National Railways (JNR), died in Tokyo on May 25 at the age of 81, writes Roderick Smith.* 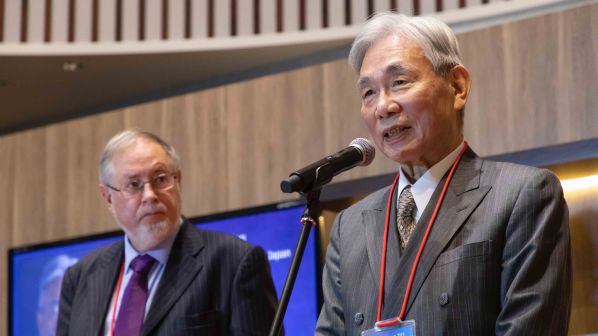 Kasai was one of the most influential figures in Japan in recent decades, his influence extending beyond railways to the highest levels, and to the late former prime minister Shinzo Abe in particular. He was a member of the Brains Trust, a group set up by business executives to discuss issues with Abe, and also served on the National Public Safety Commission and became head of the Cabinet Office’s Committee on National Space Policy in 2012.

Kasai joined JNR after graduating in law from the University of Tokyo in 1963. He later attributed his driving energy to the formative experience of studying for his Master’s degree at the University of Wisconsin-Madison in the United States.

The privatisation of JNR in 1987 created six vertically integrated passenger companies, JR East, JR Central and JR West on the main island of Honshu, and the three island companies JR Hokkaido, JR Shikoku and JR Kyushu, as well as JR Freight. JNR was an unwieldy organisation, riven by poor labour relations, and its transformation has been largely remarkable. Drawing on his experience in Japan, Kasai advised strongly that vertical integration should be retained when British Rail was privatised, but more strident views from outside the railway industry prevailed.

Kasai worked in the corporate planning and labour divisions at JR Central and in 1995 became president. He led a programme to upgrade the original 1964 Tokaido Shinkansen high-speed line from Tokyo to Osaka, which included the introduction of lighter and faster rolling stock, improvements in train control, and huge advances in ticketing and reservations for the benefit of the passenger.

Kasai’s drive and vision led him to lobby for the construction of the Chuo Shinkansen from Tokyo to Nagoya. He was confident enough to suggest that the construction costs of this new underground maglev line could be covered by the extremely profitable Tokaido Shinkansen.

Kasai also pushed to export Shinkansen technology, although only Taiwan and India have followed the Japanese model. China has absorbed much of the technology, which now has the world’s largest high-speed network. Kasai was strongly opposed to the leaking of Japanese high-speed know-how to China, although it was almost inevitable and followed the pattern of Japan’s own assimilation of foreign technology in the 19th and 20th centuries.

The highlight of my own many interactions with Kasai was his assistance in arranging the donation of a first-generation Tokaido Shinkansen train to Britain’s National Railway Museum in York, where it has now established itself as a major attraction.

Kasai had a confident, but thoughtful and informed manner. His huge knowledge of railway operations was evident in the way he spoke of rail’s past, present and future. He took time to talk to everyone, from new entrants to the company to world leaders. His sound advice will be sorely missed.