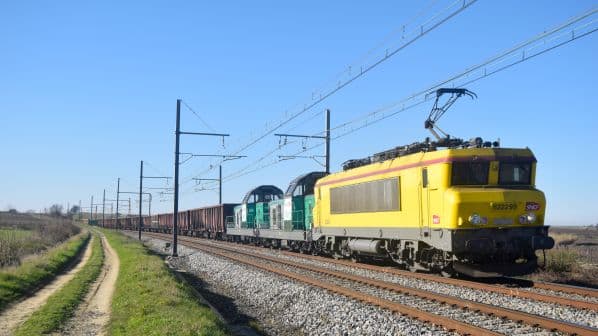 FRENCH National Railways (SNCF) has unveiled plans to reduce its energy consumption by 7% in 2023 and a further 3% by the end of 2024. Measures to achieve these targets include reducing heating and lighting as well as more energy-conscious driving techniques to limit the consumption of traction current.

Government policy aims to reduce energy consumption by 40% by 2050. In the short term it has asked industry to make a special effort to help avoid the power cuts that may be implemented as a result of the current energy crisis in Europe.

France generates 67% of its electricity using nuclear power, but at present 32 out of its 56 reactors are out of service for essential maintenance work. The closure of one coal-fired power station has been postponed as a result.

SNCF consumes between 1% and 2% of all electricity in France, equivalent to 10% of the amount used by industry or 9000GWh. Of the SNCF total, traction accounts for 81% as over 90% of the 15,000 trains operated each day are electrically powered.

Stations, offices, maintenance depots and other building consume 16% of the total and electric road vehicles 3%.

Short-term measures to reduce consumption include more widespread “eco driving” where the profile of the route is used so that power is only applied on rising gradients when the kinetic energy gained from going downhill has been used up.

These established techniques can reduce energy consumption by around 10% while maintaining average speeds.

They will now be applied more widely by SNCF drivers and an effort will be made to reduce the energy consumed by trains when stabled between services.

Heating in office buildings will be reduced to 19°C, or 16°C for empty buildings and 8°C for those closed for over 48 hours. It is estimated that this will cut energy bills by 7%.

On Fridays, SNCF will encourage working from home and only parts of its office buildings will be open. Other areas will not be heated in winter or cooled in summer and staff will be requested to turn off electrical equipment when not in use.

Station concourses will not be heated above 11°C in winter and waiting rooms will be heated to a maximum of 16°C. Lighting will be more carefully controlled and switched off when stations are closed.

An additional saving of 3% in 2024 will be achieved through extra investment to modernise heating, improve thermal insulation and replace older lighting with LEDs.

The consumption of traction current will fall in the longer term. The new TGV M, which will start to replace 30-year-old high-speed trains from 2025, will use 20% less energy thanks to improved electrical equipment, regenerative braking and improved aerodynamic performance.

SNCF Energy, a subsidiary of passenger business SNCF Voyageurs, has signed a corporate power purchase agreement (CPPA) with renewable energy company Reden, which is to supply electricity generated by four solar farms to be built in southwest France.

The farms will open 2024-25 and will have a total rating of 146MW. Reden will supply 207GWh over the 25-year term of the contract, which according to SNCF Voyageurs is the largest CPPA ever signed in France and one of the biggest in Europe, representing 3.6% of all electricity consumed by SNCF Voyageurs.

Since 2018 SNCF Voyageurs has signed eight CPPAs totalling 480GWh and is aiming to use 1100GWh of renewable electricity by 2026-27, 20% of its total consumption.

Paris Transport Authority (RATP) has also published its energy-saving policy. This will be assisted in part by the new Alstom trains entering service on Line 14 which consume 17% less electricity than the trains they replace, thanks to regenerative braking, more efficient traction equipment and the use of LEDs for lighting.

The operating systems on the driverless metro lines 1, 4 and 14 have recently been reprogrammed, delivering a 16% saving in energy.

All RATP light rail and RER and rolling stock is already equipped with regenerative braking and all metro trains will be equipped by 2032. RATP is now reviewing acceleration and braking on the automatically-operated central section of RER Line A, and believes that 20GWh can be saved each year.

RATP has already replaced all station lighting with LEDs, saving 50% on its electricity bills. A new type of LED is currently being installed which will save a further 15%.

Office buildings represent 13% of RATP’s total energy needs and the company intends by 2024 to reduce consumption by 20% when compared with 2015.

An analysis of the energy crises affecting European railways appears in the October issue of IRJ.