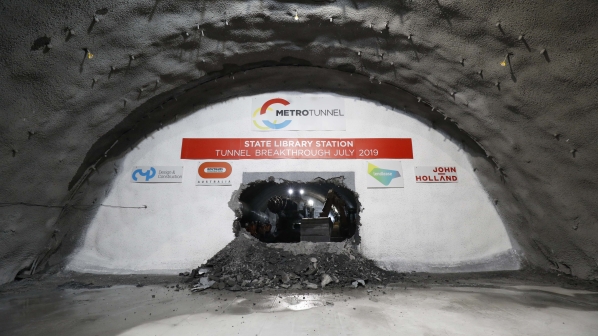 The $A 11bn ($US 7.5bn) Metro Tunnel project is a 9km twin-bore tunnel with five stations under the centre of Melbourne to create a new cross-city line from Sunbury to Cranbourne/Pakenham.

The roadheaders have been mining station caverns and underground passenger connections under Swanston Street, near Franklin Street, for the new State Library station, and will have excavated more than 500,000 tonnes of material when the project is completed.

In December 2017, a $A 6bn tunnels and stations package was awarded to the Cross Yarra Partnership (CYP) consortium led by Lendlease Engineering, with John Holland Bouygues Construction and Capella Capital.

The HCS roll-out on the existing rail network is an Australian first, and testing will involve running the two test trains without passengers to adapt the technology to Melbourne conditions.

Work has already begun to prepare the track between Epping and South Morang stations for testing in 2020. When the project is complete, HCS will be installed on the Cranbourne, Pakenham and Sunbury lines.