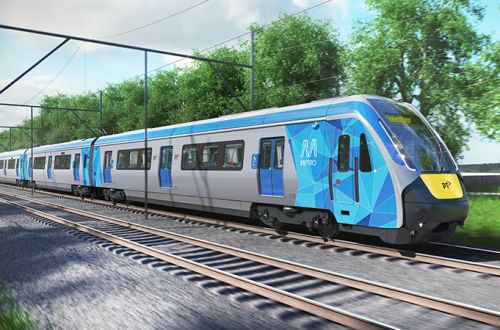 Evolution Rail will build 65 EMUs for use on the Cranbourne, Pakenham and Sunbury lines in Melbourne and maintain the fleet for 30 years at purpose-built depots in Pakenham East and Calder Park.

The trains will be assembled at Downer’s facility in Newport, Victoria, which will undergo a $A 16m upgrade. CRRC will also establish a new regional headquarters in Melbourne.

The first of the new trains, which will have 20% more capacity than existing EMUs, will be delivered for testing by November 2018, and will enter service on the Cranbourne-Pakenham Line from 2019, with all 65 trains available by 2026 when Melbourne’s metro tunnel opens.