AUSTRALIA’s federal government and the state government of Victoria have announced plans for a $A 28m ($US 20.1m) direct freight line between the Port of Melbourne and Dandenong South. 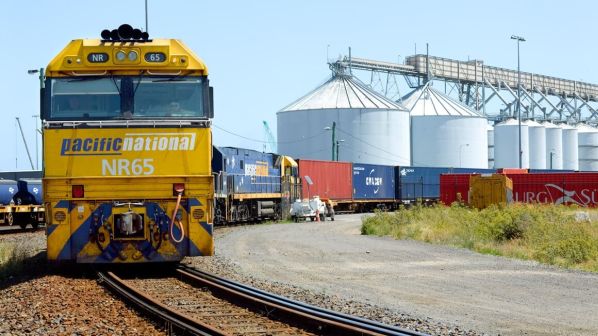 The project will connect the Salt Properties freight hub in Dandenong South with the Port of Melbourne’s $A 125m on-dock rail project to the Cranbourne main line, allowing freight trains to operate directly between the two sites.

Salta Properties will also invest a further $A 50m for the construction of a new intermodal terminal for the project at its Dandenong South site.

The connection is part of the Port Rail Shuttle Network (PRSN), which is intended to reduce congestion around the Port of Melbourne, cut freight transport costs by up to 10% and reduce road freight on suburban Melbourne roads by up to 100,000 trips annually. The project is also expected to stimulate economic growth in the region.

The work will be carried out by the Level Crossing Removal Authority (LXRA) as part of the $A 1bn Cranbourne Line upgrade project. The line upgrade also includes track doubling of an 8km section between Dandenong and Cranbourne. Work on track doubling is scheduled for completion in 2023 and is expected to expand capacity on the line by around 121,000 per week.

“This project helps give local roads back to Melbourne residents while providing a safe and sustainable freight connection to the port that further strengthens the region’s position as a key freight and logistics hub,” says Ms Caroline Wilkie, CEO of the Australasian Railway Association (ARA).

The announcement follows the approval of a similar capacity improvement project at Sydney Botany Port earlier this month.