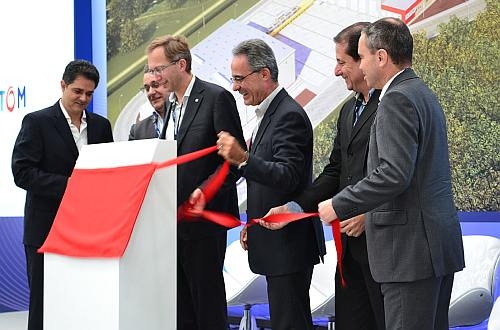 The first vehicles to be manufactured at the plant will be 32 LRVs ordered in September 2013 by the VLT Carioca consortium for a PPP project to build a 28km light rail network as part of the revitalisation of the Maravilha port area of Rio Janeiro.

Delivery of the LRVs is expected to start later this year and will be completed by mid-2016 in time for the 2016 Olympic Games in Rio de Janeiro.

The production line occupies 16,000m2 and will be able to produce up to eight LRVs per month. The plant will serve the Latin American market where a number of light rail projects are emerging.