THE Rio de Janeiro state government has announced plans to extend Line 2 of the Rio de Janeiro metro to better serve the city centre and separate it from Line 1. 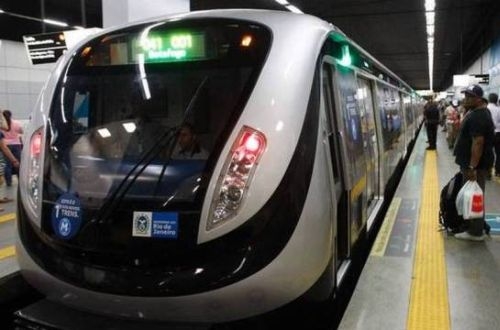 Lines 1 and 2 currently share the same tracks between Central station and Botafogo which restricts capacity on both lines. The solution is to construct a 3.7km extension to Line 2 serving Catumbi near the Samba stadium, Red Cross Square, Carioca on Line 1, and terminating at XV Square near the Niterói ferry terminal. Completion of the project will allow the operation of eight-car trains on Line 2 and a halving of headways on both lines.

MetroRio will prepare the engineering plans by August 2016. "The goal is to begin the expansion of Line 2 in early 2017," says Mr Carlos Roberto Osorio, secretary of state for transport with the state government. "By adding another 3.7km we will be able to carry another 400,000 passengers per day on the system.

"We understand that the participation of the private sector in financing the work will be significant," Osorio continued. "This reduces the need for public resources especially at a time of budgetary difficulties experienced by Rio de Janeiro and Brazil."