Longer trains will boost capacity on Line 1 while work is underway on a 7.3km extension of Line 2. 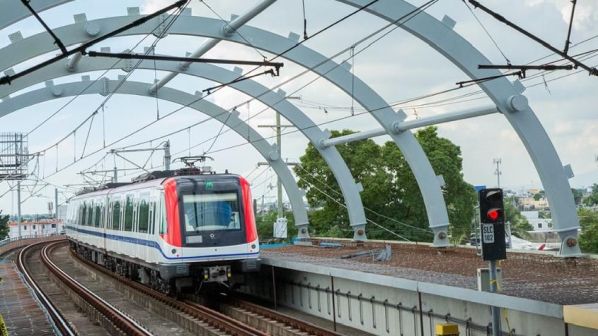 DOMINICAN Republic’s Office for Reorganisation of Transportation (Opret) has awarded Spanish consultancy Ayesa a €2.4m contract to provide supervisory services for the ongoing expansion of metro Line 1 in the country’s capital, Santo Domingo.

The Dominican government is investing €178m to increase capacity on the 15km Line 1, which opened in 2009 and is used by 200,000 passengers per day. Civil works commenced in March 2021 and involves increasing the length of platforms at elevated stations to accommodate six-car rather than three-car trains.

Under the contract Ayesa will support Opret to provide activities including contractor supervision, electromechanical installation work, quality assurance and control.

Opret signed a €48.5m contract with Alstom in September 2021 to receive eight three-car trains, which will run in multiple with the 19 original Metropolis 9000 three-car sets, also supplied by Alstom. Delivery is scheduled for 18 months after contract signing.

Meanwhile, work is continuing on a $US 550m project to extend Line 2 by 7.3km, taking the total length to 21km.

The extension will run from María Montez de la Avenida Luperón to Los Alcarrizos with the majority of the extension elevated apart from an 900m underground section. Five new stations will be added and Opret says the project will help to relieve traffic congestion around Km9 of the Duarte highway in the northeast of the city.

The Central American Bank for Economic Integration (Cabei) is partially financing the project through a $US 250m 20-year loan with a five-year grace period.

Groundbreaking for the extension took place in February and work is expected to be inaugurated in early 2024.

For detailed data on rail projects and fleet orders from Central America, subscribe to IRJ Pro.