PORTUGUESE Trains (CP) has published a tender notice for a contract to supply 22 regional trains after the government awarded the operator a new 10-year Public Service Obligation concession. 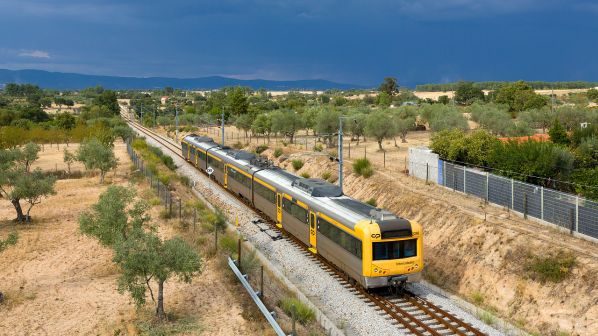 The contract - CP’s first order for new rolling stock in 20 years - has an estimated value of €168.2m and comprises 12 bi-mode (diesel and electric) multiple units and 10 EMUs.

The order is being financed with the aid of a €109m loan from the European Regional Development Fund (ERDF) and the European Cohesion Fund 2021-2027. The remaining funds will come from the national budget and Portugal’s Environmental Fund.

CP’s new concession runs until 2029 with an option for a five-year extension, which the government expects to use.

The Ministry of Planning and Infrastructure says the new concession will give CP the financial certainty it needs to invest in new rolling stock.

The government also says upgrading of the Lisbon - Porto line, proposed as part of the National Investment Programme 2030, could stimulate a 30% increase in passengers on Portugal’s main inter-city route, creating the conditions for the purchase of new long-distance trains.

The government says the transposition of European Directive 2016/2370 will give the infrastructure manager Refer greater independence, ensuring passenger operators have equitable access to the network.