GERMANY’s Schleswig-Holstein Local Transport Association (NAH.SH) has announced that it has received five offers in response to a tender to operate its 10.4 million train-km battery-powered regional network, with a decision expected to be made in the first half of this year. 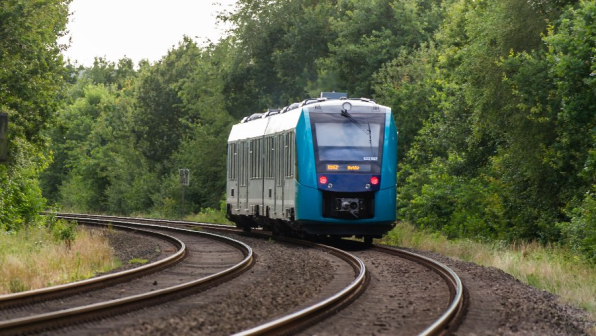 The tender, which is divided into three lots, was published by NAH.SH in May 2020 in association with the state government and Lower Saxony Transport Authority (LNVG). The lots are:

• East Lot: comprising RE 83/84 Kiel - Lübeck; RB 89 Lübeck - Lüneburg; RB 87 Kiel - Preetz; and RB 76 Kiel - Schönberger Strand. LNVG will be involved in the awarding of this lot due to some sections entering the state of Lower Saxony.

The concession-based contracts will be phased in between December 2022 and December 2023, following the expiry of the current contracts held by DB Regio and BeNEX and AKN Eisenbahn subsidiary, Nordbahn, and will run until 2035. The three lots cover a total of 11 lines serving around 40% of all rail traffic in the state.

The contracts will cover the operation of services, as well as the provision of passenger information, communication, sales, train cleaning, the planning of replacement services and customer service.

Timetables largely remain the same under the new contracts, with the addition of some extra services at weekends and peak hours. The state can also commission more services under each of the three contracts if required.

The three lots will be operated using a fleet of 55 Flirt BEMUs produced by Stadler Pankow under a €600m contract awarded in July 2019, which will be delivered between November 2022 and mid-2024. Stadler will be responsible for the maintenance of the trains for 30 years.

During the transition period between December 2022 and December 2024, the three chosen operators will operate a transfer fleet of 22 Alstom Coradia Lint 41 DMUs provided by DB Regio.