Hitachi to build $US 70m factory in Washington County

New facility will support construction of $US 2.2bn metro order. 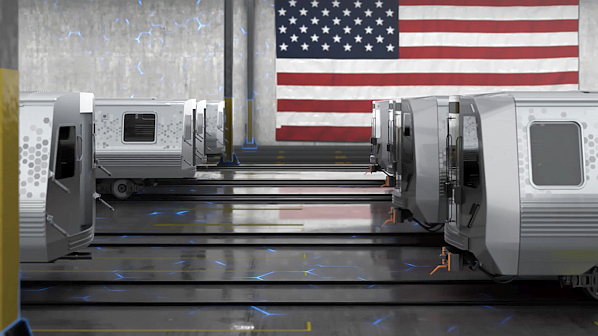 HITACHI Rail has announced it will build a new $US 70m factory at Hagerstown, Washington Country, Maryland, initially for the manufacture of 8000-series metro vehicles for Washington Metropolitan Area Transit Authority (WMATA).

The factory is due to open in winter of 2023-24 and will employ up to 460 people and support a further 840 jobs in the region. Hitachi says that 60% of the factory’s construction value will be spent in the Washington, DC, Maryland and Virginia areas.

Hitachi says the 28,521m2 factory building will include a large production area, warehouse and main office. The manufacturing facilities will be constructed on a 16.59-hectare site and there will be an 731m-long test track to enable dynamic testing of new trains.

When fully operational, the factory will be able to produce up to 20 metro cars per month on a single shift. Hitachi says that as well as metro trains the factory will have the capability to manufacture light rail vehicles and high-speed trains.

The site is near the growing Hopewell Valley industrial park. The next stage is to prepare the site for construction. This is expected to be completed in the autumn, at which point construction of the factory will begin.

The factory will initially supply 256 cars  for WMATA with the contract including options for up to 800 vehicles, which would take its value to $US 2.2bn. The initial pre-series trains are expected to be delivered in 2024.