NEW York governor Mr Andrew Cuomo outlined a $US 306bn infrastructure plan on January 14 as part of his 2021 agenda, which includes support for several rail projects. 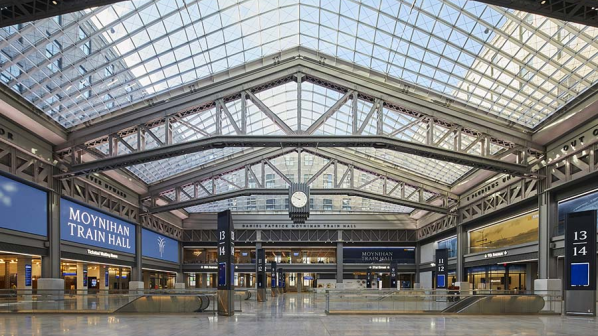 Development of the Empire Station Complex, including reconstruction and expansion of Penn Station; construction of AirTrain LaGuardia; phase two of the Second Ave Subway extension; and the continuation of the Long Island Rail Road (LIRR) third track project are all included in the plan. Cuomo also outlined highway, road and bridge work, and airport modernisation projects.

The $US 16bn Empire Station Complex project includes the reconstruction of the existing Penn Station, following completion of the Moynihan Train Hall, which opened January 1, as well as the acquisition of property south of the station to enable further expansion and the construction of eight additional tracks to increase train capacity by 40%. It also anticipates the inclusion of two new Hudson River tunnels and renovation of the two existing tunnels as part of the $US 30bn Gateway Project, which aims to improve the resilience of the Northeast Corridor (NEC) in the states of New York and New Jersey.

The project was first unveiled in January 2016 as part of the wider $US 51bn Midtown West redevelopment. According to the governor’s proposal, the state “stands ready” to share in the investment with operators New Jersey Transit (NJT) and Amtrak, as well as the federal government.

Work on the $US 2bn, 2.4km-long AirTrain LaGuardia people mover line will continue as part of New York’s airport modernisation programme. The line will connect LaGuardia airport with Mets-Willets Point station in Queens, which will be expanded into a major transport hub enabling easy access to the airport via the LIRR and metro Line 7. Cuomo expects to continue work on the project “upon receipt of a positive record of decision from the federal government.”

The state's plan also includes the 2.4km $US 6bn Phase 2 of the Second Avenue Subway extension, linking the northern terminus at 96th Street station on the Upper East Side to 125th Street in East Harlem. The 3.2km, $US 4.4bn Phase 1 opened in January 2017.

However, while New York’s Metropolitan Transportation Authority (MTA) has expressed its commitment to implementing its $US 51.5bn 2020-2024 Capital Plan, the project still faces funding uncertainty due to the Covid-19 pandemic, and will require multi-year federal support.

Work will continue on the $US 2.6bn LIRR Third Track project along a 15.8km-long section of the mainline between Floral Park and Hicksville to increase capacity and improve reliability. The project includes the construction of a new car park, the renovation of existing stations and bridges, the construction of new bridges, updates to track and signalling infrastructure, and the elimination of level crossings. By the end of 2021, MTA will have eliminated all eight level crossings on the main line, six of which will be replaced with underpasses.