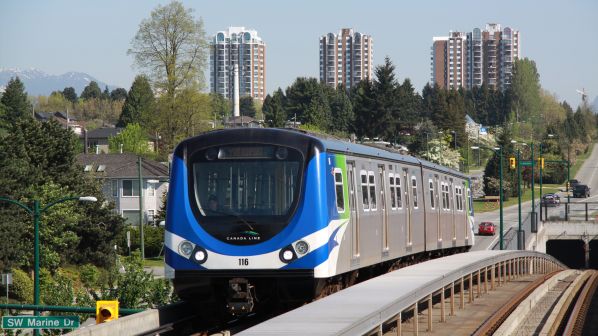 The Broadway Subway is an extension of the existing SkyTrain Millennium Line, and will consist of 5km of underground line and 700m of elevated line. The new line will run west from VCC-Clark, via six underground stations, to a new terminus at Arbutus Street.

Thales has previously installed CBTC on the network’s Canada and Millennium lines, and its use on the Broadway Subway will allow for more effective integration across the Skytrain network.

The line will interchange with the Canada Line at Cambie Street, providing a direct connection to Commercial-Broadway on the Millennium Line. Currently, passengers who wish to travel between the two stations must go via the Expo Line, changing at Waterfront. The line will also interchange with the 99 B-Line bus service at Arbutus, providing an improved connection for the University of British Columbia.

Construction of the line is planned to commence later this year, with a scheduled opening date of 2025. Work will be carried out by a consortium of Acciona, Spain, and Ghella, Italy. Acciona-Ghella was confirmed as the contract winner on September 3, after being named as the preferred bidder in July.

The line is expected to significantly relieve traffic congestion and travel times along the Broadway corridor, which is currently one of the busiest bus routes in North America.

The Broadway Subway is a key project in the City of Vancouver’s Transportation 2040 strategic plan, which also includes plans for a Downtown - False Creek - Arbutus light rail line. The plan aims to provide improved transport links to accommodate the city’s expanding population, which is expected to grow by around 130,000 people (19%) in the next thirty years. The project also aims to reduce road traffic pollution, which currently accounts for around 30% of all greenhouse gas emissions.