ABELLIO Rail Südwest has awarded Bombardier a €215m contract to supply 43 Talent 2 EMUs for Baden-Württemberg Network 1a (Neckar Network), which Abellio will operate for 13 years from 2019. 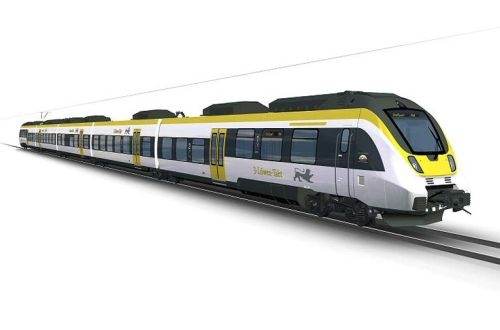 The first trains will be introduced when Abellio takes over the concession in June 2019 and the remainder of the fleet is due to enter service by June 2020. The trains will be assembled at Bombardier's Henningsdorf plant, with the company's Siegen facility supplying bogies.

The order comprises 24 three-car trains, which will seat 163 passengers, and 19 five-car sets seating 273. Each train will accommodate 24 or 39 bicycles depending on the formation.

Abellio was selected by Baden-Württemberg's Ministry of Transport and Infrastructure last November for the Network 1a contract, which covers the operation of 6.8 million train-km per year on three routes:

The Lot 1b and 1c contracts were awarded to Go-Ahead, which has ordered 45 Flirt EMUs from Stadler.