ALBTAL Transport Company (AVG) has exercised an option with a consortium of Vossloh Kiepe and Stadler Rail Valencia for a further for 25 CityLink NET 2012 tram-trains, which will take its total of these vehicles to 75. 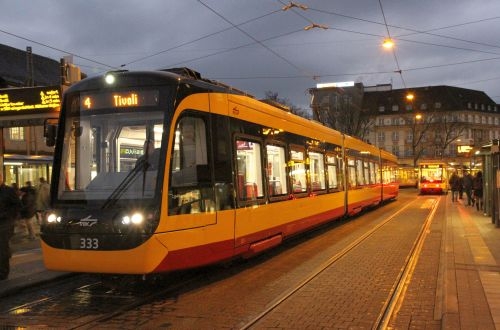 Karlsruhe Transport (VBK) and AVG placed a €75m order for 25 vehicles in October 2011, all of which are now in service. An initial option for 25 extra vehicles was exercised last year and production of second batch is now underway, with the 26th vehicle due for delivery in the near future.

The NET 2012 is equipped with IGBT inverters and to meet the high redundancy requirements specified by VBK and AVG, each of the four 125kW four-phase asynchronous traction motors is supplied by its own inverter.