ARGENTINA's interior and transport minister Mr Florencio Randazzo inspected the first of 27 metre-gauge commuter DMUs for the Belgrano Sur commuter network at the port of Buenos Aires on July 7. 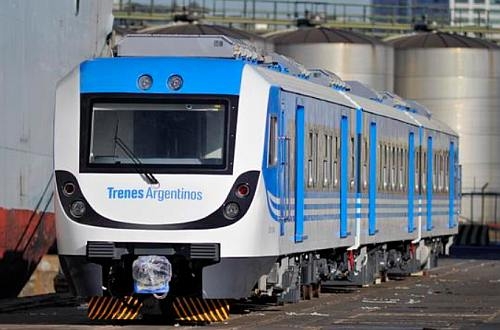 The three-car trains were ordered from CNR Tianjin, China, in October 2013 to replace locomotive-hauled trains on the 66km network southwest of Buenos Aires, which carries around 12 million passengers per year. The order has largely been financed through loans from Chinese banks.

Randazzo said the first trains will enter service next month.