THE first of six regional trains being built for Macedonian Railways (MZ) by CRRC, China, was rolled out at the Zhuzhou Electric Locomotive plant on July 7 in the presence of Macedonian transport minister Mr Vlado Misajlovski, the vice governor of Hunan province Mr Huang Lanxiang, and CRRC vice-president Mr Lou Qiliang. 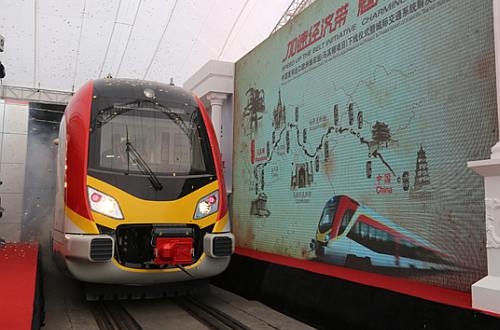 Following a competitive tender, MZ placed a €25m order with the former CSR subsidiary last June for two 25kV 50Hz ac EMUs and four DMUs. The 140km/h low-floor articulated EMUs will accommodate up to 200 passengers and have been designed to meet European EN 15227 crashworthiness standards.