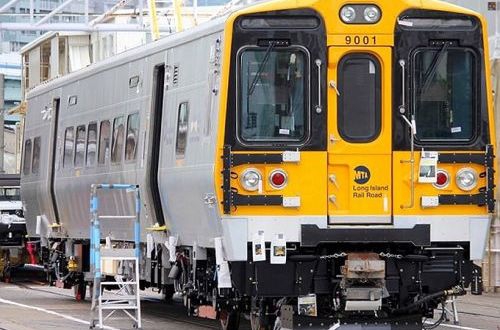 LIRR requires a minimum of 60 and up to 160 married-pair EMU cars, structured as a base order with options for additional cars. LIRR also wants priced options for more cars beyond the 160 coaches specified in the tender. The closing date for applications is January 10 2018.

These cars are tied to a full funding grant agreement (FFGA) between LIRR and the US Federal Transit Administration (FTA) for ESA, and therefore come under a separate procurement from the contract that MTA awarded to Kawasaki Rail Car in 2013 for M9 cars for LIRR and MTA Metro-North Railroad.

The $US 10.2bn ESA involves building a new link from the LIRR network in Queens under the East River to a new eight-track terminal beneath Grand Central Terminal. This will provide LIRR with a second terminal in Manhattan in addition to Penn station. The M9A procurement for the ESA project was deferred due to delays in the completion of ESA which MTA says will now open in December 2022.

Six pilot cars have been delivered to TTCI in Pueblo, Colorado, for testing, to be followed by another two cars early next year. Testing at LIRR will start in April 2018 and continue until June. Delivery of production cars is scheduled to start in July 2018 at the rate of 12 cars/month. Each M9 car will have four 32-inch multimedia information screens and CCTV, while the M9A cars will also have USB ports.