THE first three of 57 class 463 Mireo EMUs built by Siemens for the Rhine-Neckar S-Bahn have been delivered to DB Regio. 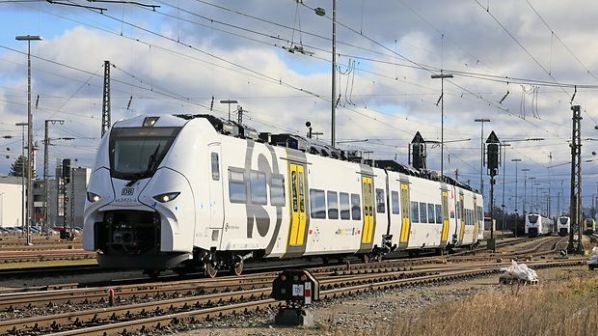 The order will be delivered in two stages, with 38 vehicles scheduled for delivery by December this year, and the remainder following in 2021. The trains will be owned by SFBW and leased to DB Regio for a term of 14 years. The first three trains will be used for training of drivers, train managers and maintenance staff from DB Regio.

The 70m-long 15kV 16.7Hz ac EMUs are capable of speeds of 160 km/h, and will offer 200 seats, 26 spaces for bicycles and accessible entryways. In addition, the trains will boast new interiors, including power sockets, improved security, free Wi-Fi and real-time information systems.

The EMUs will be deployed from December 2020 on the S5, S9 and S51 S-Bahn lines, pending approval by the Federal Railway Authority (EBA). Class 463 trains will also be introduced on the S6 line from December 2021.