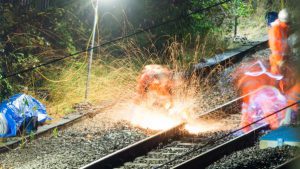 Network Rail (NR) is in the process of finalising Control Period 6, which outlines the infrastructure manager’s spending allocation - some £35bn - for five years from April 1. Charles Robarts, NR’s director, planning and regulation, explains the thinking behind the plan to David Burroughs. 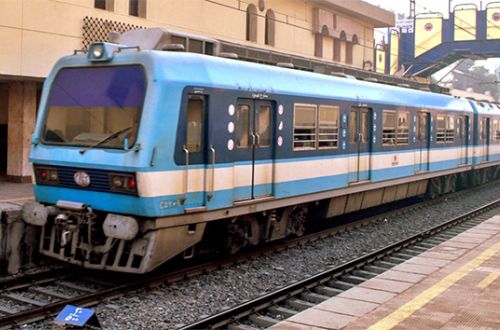 CAIRO Metro’s Line 1 is due to be rehabilitated with the aid of €605m in loans, including €205m from the European Bank for Reconstruction and Development (EBRD), a €350m loan provided by the European Investment Bank and a €50m loan from the French Development Agency.

Research and development for the future of railways: a Japanese perspective

IN 2015, Japan’s Railway Technical Research Institute (RTRI) published its Vision: Rising which outlined our mid and long-term goals and strategies. The overall aim is to develop the innovative technologies that will help the railway to create “a happier society.”

WE have recently seen a number of landmark United Nations (UN) agreements that set clear objectives for the coming years. Most notable among these are UN Resolution 70/1 presenting the Sustainable Development Goals (SDGs) and the historic COP21 Paris agreement concerning climate change.

There is growing acknowledgement that sustainable transport is a key enabler of sustainable development and the SDGs. In 2016 the UN convened the first Global Conference on Sustainable Transport. The UIC contributed to this event, which was attended by heads of state, numerous ministers and over 200 leaders of business and civil society.

Transport is a critical issue for climate change, as it is responsible for almost one quarter of energy-related greenhouse gas emissions whilst also being vulnerable to extreme weather events.

Following these agreements, the global sustainable development community shifted its focus to implementation. This provides an opportunity that the rail sector must not miss. As the backbone of sustainable transport, our challenge is to make the case for investment and development of rail as part of the solution to climate change and delivering the SDGs.

With the mandate to make recommendations on how to accelerate the delivery of sustainable transport, I was appointed by the UN secretary general Mr Ban Ki-moon to serve on the High Level Advisory Group for Sustainable Transport. The findings of this group represent an unprecedented consensus from the public and private sectors, different transport modes, national and city governments, and passenger and freight sectors. The 10 policy recommendations are presented in the report Mobilising Sustainable Transport for Development which was published in October 2016. UIC will now dedicate itself to support the implementation of these recommendations.

Energy and climate change are certain to remain major issues - and continue to present both opportunities and challenges. UIC works closely with the International Energy Agency (IEA) and has for a number of years jointly published the UIC-IEA Handbook on railway energy consumption and CO2 emissions. The 2016 edition illustrates that while rail is already one of the most lowest-emitting modes of transport it is also improving its performance.

Since 1990, railway energy consumption has improved by 37% per transport unit, and carbon emissions by 30% per transport unit. Modelling by the IEA has confirmed that this trajectory is on target to meet both the objectives of the Paris agreement on climate change and the voluntary targets announced in the UIC Low Carbon Rail Transport Challenge and presented at the 2014 UN Climate Summit. The UIC has a well-developed programme designed to improve energy management.

Far greater reductions in transport carbon emissions can be made by achieving a modal shift - by increasing rail’s market share at the expense of higher-carbon transport. Notably, this aligns well with the objectives of the European Union transport white paper.

The UN process on climate change is now offering tangible opportunities to influence transport policy and investment decisions. In support of the COP21 Paris agreement, each country has submitted a Nationally Determined Contribution (NDC) providing details on how far it will reduce carbon emissions and which sectors will be affected. Analysis of the NDCs show that in 77% of the submissions, transport is explicitly mentioned by national governments as an area for mitigation. However, specific actions to develop heavy rail appear in only around 19% of submissions. The UN climate process requires governments to increase ambition and publish revised NDCs in 2020.

A priority for the UIC is to use our UN accreditation to participate in UN COP negotiations and present clear advice encouraging the development of rail to reduce transport emissions.

Experience has shown that climate policy should not be considered in isolation. The high-level advisory group adopted a definition of sustainable transport as “the provision of services and infrastructure for the mobility of people and goods - advancing economic and social development to benefit today’s and future generations - in a manner that is safe, affordable, accessible, efficient, and resilient, while minimising carbon and other emissions and environmental impacts.”

A vision for rail, as the backbone of sustainable transport, must respond to all dimensions of sustainability.

One of our key messages must be that sustainable transport is no more expensive than the unsustainable business-as-usual. Transformation requires a redirection, rather than any substantial increase in infrastructure expenditure, and can be realised through an annual investment of around $US 2 trillion, similar to the current business-as-usual spending of $US 1.4 - 2.1 trillion, according to a 2016 World Resources Institute working paper.

When considering full transport costs, including fuel, operational expenses and vehicles, sustainable transport can deliver savings of $US 70 trillion by 2050 whilst reducing carbon emissions by 7 giga-tonnes (according to the IEA) and alleviating congestion. Notably, improvements in border administration, transport and communications infrastructure could increase global GDP by $US 2.6 trillion, or 4.7%, according to a 2013 World Economic Forum report.

The international community has provided a clear mandate presenting both opportunities and challenges. The time has come to deliver.

Operators must continue to innovate in order to deliver first class services if they are to keep up with continually rising passenger expectations. Jeremy Long, the chief executive officer of MTR’s European business, argues that development and progress is the only way for operators to succeed in an ever-changing market.

RUNNING a successful railway is an increasingly complex task. To deliver a first-class service to passengers, operators must exercise a high level of expertise and capability across their operations – be that customer service, use of sophisticated IT systems, efficiency of engineering approaches and complex project delivery. In an environment where passenger demands and expectations are higher than ever before, it is essential that operators continue to improve and add value to their franchises by seeking to innovate.

Within the European businesses of MTR Corporation, we have overseen a number of innovations that have led to improvements to our services. In particular, digital and technological solutions are increasingly re-shaping the operation of railways and are bringing considerable benefits for passengers and infrastructure operators. Two examples of this can be highlighted from MTR’s operations in Britain and Sweden.

Since taking over the TFL Rail concession for the London Liverpool Street – Shenfield line at the end of May last year, MTR Crossrail has transformed the way information is delivered to employees through the innovative development and deployment of beacon technology.

In an industry-first, MTR Crossrail installed a host of low powered, small and long-life beacons across the network. There are currently 500 in place across 12 TfL Rail outdoor stations, with a further 2500 set to be rolled out to all 40 stations by the end of 2018. The beacons help ensure the best possible service for customers by improving real-time information available to staff. Beacons only direct information to staff depending on their location - who are able to view it on company-issued iPads.

Both the beacon technology and Spotlight app have done much to make the lives of employees easier, and to ensure that the information available to them and, in turn, the customers is as up-to-date and relevant as possible. It has played a key role in the service’s success so far. MTR Crossrail was named the ‘Most-improved Train Operating Company’ in Britain in autumn 2015’s National Rail Passenger Survey. Customer satisfaction increased by 9% compared with the previous year, cancellations were reduced by 18%, while the company was recognised as most improved train operating company for both right-time and passengers-per-month in the first year of operation.

Launched in March 2015, MTR Express (MTRX) is a premium open-access train service on the 455km route connecting Sweden’s two largest cities, Stockholm on the east coast and Gothenburg in the west.

MTR Express became one of the first train operators in Scandinavia to introduce 100% digital ticketing. Bringing an unprecedented degree of simplicity to ticketing, when passengers book their travel they can choose their seats through the MTRX website or travel agents, and receive a basic confirmation email. All the passenger needs to bring on to the train is identification. The onboard attendant can quickly identify passengers through data relayed to a smartphone, meaning that customers are disturbed less from relaxing or working on their journey.

Customer service - including any complaints - is also conducted digitally through email and Facebook. This has proved highly effective in providing passengers with a more accessible and quick service. MTR’s average response time is typically below two hours.

Digital ticketing and customer service on MTRX has been recognised as a real success. MTRX was awarded the 2016 ‘Swedish User Friendly Award’ out of a competition pool of over 100 other Swedish companies, and the website also received the 2016 award for ‘Sweden’s Best Website’.

This ticketing innovation has played a key role in contributing to MTRX’s overall success since its launch last year. MTRX was named Sweden’s best rail operator in the Swedish Quality Index’s broad survey published in July. It was the first year that the operator had been included in the survey, which generates a customer satisfaction index based on brand image, customer loyalty, service quality, product quality, value for money and handling of complaints.

Digital and technological innovations are opening up new avenues for railways, which when considered carefully and implemented appropriately can add genuine value to passenger services. In light of ever-increasing passenger numbers and expectations, it’s crucial for operators to continue to be proactive in seeking out new solutions and initiatives to meet the challenge of delivering top quality services.

Digitisation and automation will define our future

INNOVATION is the key to success as it will improve our competitiveness by providing leading-edge technologies. We have to make sure we are always one step ahead of others when it comes to technology and know-how - especially in the areas of energy efficiency, productivity/throughput, asset utilisation, improvements in infrastructure and rolling stock availability, travel experience for passengers, and, last but not least, climate and environmental friendliness.

THE partial privatisation of Italian State Railways (FS) moved a step closer on November 23, when Council of Ministers granted preliminary approval for the sale of a 40% stake in the company, which is expected to take place this year. However, the resignation of the entire FS board just a few days later came as a reminder that not everyone agrees on how it should be achieved.

THE European rail supply industry is a diverse and geographically-widespread industry comprising thousands of SMEs and major industrial champions. Employing around 400,000 people throughout the European Union (EU) and with absolute sales of €47bn per annum, it accounts for 46% of the global accessible market for rail products.