The contract with Hyundai Rotem and NERIC aims to develop a rolling stock manufacturing and export industry within the country. 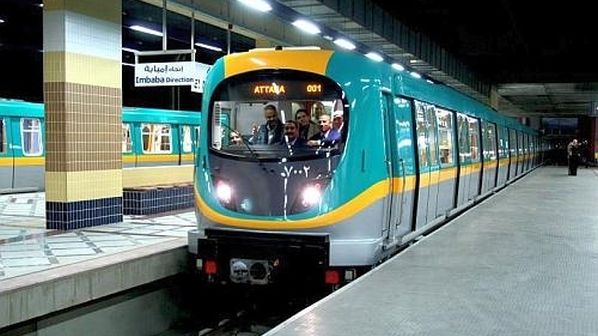 The new trains will operate on Cairo's metro line 3, seen here, and line 2.

EGYPT’S National Authority for Tunnels (NAT) has signed a contract with a consortium of companies, including Hyundai Rotem and the National Egyptian Railway Industries Company (NERIC), to manufacture and supply 40 new trains, comprising 320 vehicles, for Cairo metro lines 2 and 3.

The $US 656m contract includes maintenance for a period of eight years in addition to one major overhaul per train. Local content of the order will be no less than 30%.

Madbouly stressed that signing the contract was an important step in implementing the policy of president Abdel Fattah El-Sisi to encourage the development of heavy industry in Egypt.

Egypt is increasing the Cairo Metro fleet in order to accommodate the anticipated increase in passenger traffic. Lines 2 and 3, when completed, are forecast to carry around 3 million passengers per day.

Another aim of the fleet contract is to develop domestic skills in the fields of rolling stock production and the manufacture of electric traction equipment, in order to earn hard currency and provide job opportunities. The contract aims to transfer advanced rail technology skills to the local workforce, and serve export markets around the world, especially in Africa.

Metro rolling stock production will be undertaken on a 300,000m2 site in an industrial estate in East Port Said, close to port facilities.

Egypt’s Ministry of Transport has also signed an agreement with Talgo and NERIC to research the possibility of establishing an Egyptian factory for the manufacture of passenger coaches.

“Concluding an agreement to manufacture and supply 40 new trains, comprising 320 cars, represents the first step in realising the dream of Egypt being one of the major industrial countries in this field,” says Al-Wazir.