Although results are not yet public, it is clear that French National Railways (SNCF) is still suffering from the effects of Covid-19 on passenger traffic. 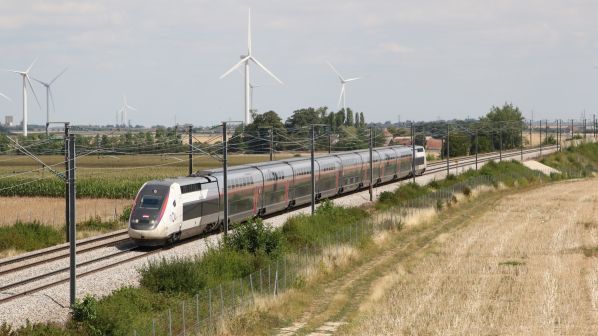 ON long-distance services, leisure traffic has recovered strongly, but business traffic is still well down on 2019. As this activity was highly profitable and tended to cross-subsidise leisure traffic, SNCF may be forced to cut non-subsidised services in 2021. Traffic on TER regional services has remained around 30% below 2019 levels. Regional councils, who finance TERs, have so far instructed SNCF to continue operating at 2019 levels.

The first of a new generation of high-speed train, known as TGV M, will emerge from Alstom’s Belfort plant in 2022. Two prototype sets in special liveries will spend part of the year at the Velim test circuit in the Czech Republic. Series deliveries should start at the end of 2022, with the double-deck trains entering service in 2024. Progress will also be made on planning several new high-speed lines, mainly the Bordeaux - Toulouse/Dax project.

SNCF itself will “pre-empt” competition by launching new low-cost conventional passenger services, known as Ouigo Vitesse Classique, in the spring. The first services will run from Paris to Nantes, via Tours or Le Mans, and Paris - Dijon - Lyon.

More regions will announce the results of tendering regional TER services during 2022, as will the greater Paris Île-de-France region.

Testing of Alstom’s iLint hydrogen-powered multiple unit is expected to start on the Tours - Loches line in summer 2022. This is a precursor to Alstom producing versions of its Regiolis MU with hydrogen fuel cells as well as retrofitting both Régiolis and Bombardier-built AGC hybrid MUs with batteries to replace diesel engines.

Construction of the extension to Paris RER Line E is advancing. The line was due to open from Saint Lazare to Nanterre in late 2022 but this looks likely to slip back to mid-2023, then to Mantes-la-Jolie by the end of 2024. The project was estimated to cost €3.7bn in 2012 but SNCF Réseau now estimates the final cost to be €5.4bn. Opening may be further delayed by the delivery of the new trains Alstom is building for Line E which are expected to arrive two years late.

Several extensions to the Paris metro network are moving forward. Line 4 will be extended to Bagneux this month. Automatic operation on Line 4 will commence this year, with full automation completed in 2023 at a cost of €256m after work started in 2016. Transport authority Île-de-France Mobilités has signalled that several more lines will be automated in the following years. Line 14 was built to be driverless while Line 1 was subsequently converted. Metro Line 12 is expected to be extended with two new stations to Mairie d’Aubervilliers later in 2022.

The Grand Paris Express (GPE) project to build driverless orbital metro lines linking Paris’ outer suburbs will move forward, with tunnelling in progress on all three lines. The first train for GPE will be tested by Alstom throughout 2022. Opening of the first line is planned for late 2025.

In the rest of France, extensions to light rail and metro networks will move ahead in most cities with an existing network. The most important inauguration will be in early 2022 when Rennes’ second line will open. The automated Line B will be 14km long and is expected to carry 113,000 passengers a day. Siemens has built both the line and the trains.

Freight traffic is expected to grow significantly in 2022, having returned to pre-Covid-19 levels. Operators are optimistic of finding new traffic thanks to the government’s financial support to new service launches, plus maintaining existing wagonload and intermodal traffic.

During 2022 it is expected that Stadler’s Euro 6000 Co-Co electric locomotives will start to operate in France for the first time, taking over the Autoroute Ferroviaire piggyback service from Barcelona to Bettembourg in Luxembourg, with Captrain France taking over traction from SNCF subsidiary Viia. The Euro 6000 was authorised to run from Barcelona to Perpignan in November 2021.

The year will see a further piggyback service launched by Viia and Cargobeamer, as France moves to remove long-distance lorries from its roads.