Eurostar brand to be retained in Thalys merger 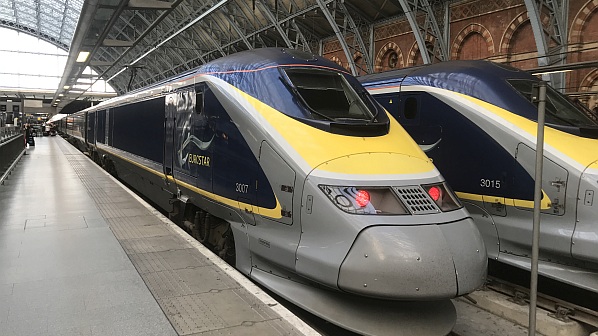 IRJ on the Connecting Europe Express: The planned “Green Speed” merger of Eurostar and Thalys has taken a step forward with confirmation that the Eurostar brand will be retained, while the holding company of the new business will be based in Brussels. Cross-channel services will continue to be overseen from a control centre in London, while Thalys services will continue to be controlled from a control centre in Brussels.

The planned merger between the two operators was announced in September 2019 with the aim of it being ratified in April 2020, however the Covid-19 pandemic has delayed this progress.

Speaking to IRJ at Brussels during the visit from the Connecting Europe Express on October 4, the CEO of Belgian National Railways (SNCB), Ms Sophie Dutordoir, said that the next step is for shareholders from all companies to agree to the latest plans, but it is hoped that an announcement can be made early next year. The European Commission must also approve the plans.

Dutordoir told IRJ that once all the agreements and approvals are in place, the ambition is to then look at the synergies available with transport plans, rolling stock and sales channels for the two operators.

Mr Luc Boey, SNCB head of international alliances, partnerships and business development, told IRJ that he thinks the new branding will be in place in 2023.

Thalys and Eurostar currently serve a combined five countries and have the potential to serve 245 million residents, Dutordoir says. The hope is to attract an “important percentage” from those areas she adds.

Before Covid-19, the combined passenger usage of the two companies was believed to be almost 19 million and the hope is to reach 30 million by the end of 2030. The merger opens up even more journey opportunities according to company insiders.

When the merger was first announced in September 2019, the operators ran services linking Britain, France, Belgium, the Netherlands and Germany. They operated a combined 112 trains per day carrying more than 18.5 million passengers per year and had a combined turnover of €1.67bn in 2018. Since then, Eurostar has introduced direct London - Amsterdam trains.

However, French national railways (SNCF) reported in its first-half figures that revenues from long-distance operations, including TGV InOui, Thalys and Eurostar, were down 57% at €1.9bn compared with €4.5bn in the first half of 2019.

Eurostar has been affected badly by the pandemic, with passenger numbers dropping by up to 99% and the British government confirming it would not be providing financial support, despite repeated requests, because its largest shareholder was SNCF, which owns 55% of Eurostar. Caisse de dépôt et placement du Québec (CDPQ) and Hermes Infrastructure (40%), and SNCB (5%) are its other shareholders. The British government sold its shares in the business to CDPQ and Hermes in 2015.

For more than 12 months it was operating only one train per day between London and Paris, and one train between London and Brussels. This has since increased to five pairs of trains between the British and French capitals, and three pairs on the Brussels route including one that operates to Amsterdam.

A feature looking at how Eurostar navigated the pandemic appears in the October edition of International Railway Journal. Digital subscribers can read it here.