NS reports significant loss in first half of 2020

NETHERLANDS Railways (NS) says it would have recorded a €1.078bn loss in the first half of 2020 if it wasn’t for government subsides as passenger numbers plummeted during the Covid-19 pandemic. 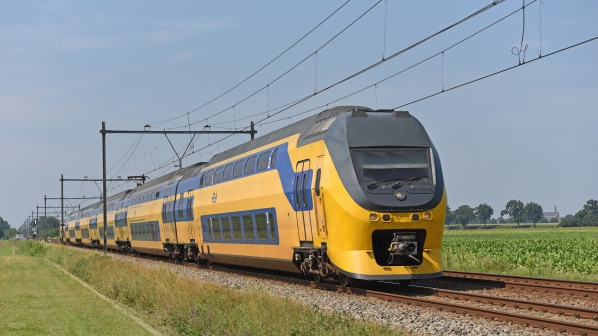 Instead, NS reported a €185m first half net loss on August 14 compared with a profit of €96m in the first half of 2019. The loss, the national operator’s first in several years, was the result of a €52m loss on performance and tax.

NS’ turnover in the Netherlands declined by €188m from €1.582bn in 2019 to €1.394bn in 2020. Passenger revenue dropped by €467m due to Covid-19, while turnover from station activities including retail and the nationwide OV-fiets bike sharing programme declined by €72m.

Passenger volumes dropped to as low as 10% of normal levels in March after the Dutch government introduced measures to combat the spread of Covid-19. Passenger volumes have since recovered to around 40% of normal levels after these measures were partially lifted. However, NS has urged the Dutch government to arrange further support for the public transport sector.

First half turnover from Abellio UK increased from €1.322bn in 2019 to €1.584bn, including €703m in financial support from the British government. The growth was generated mainly by the launch of the East Midlands franchise in August 2019. Passenger volumes collapsed dramatically to around 10% of normal levels after the British government announced anti-Covid-19 measures. This has recovered to around 20% since restrictions were eased.

In Germany, Abellio’s first half turnover rose by €88m from €252m to €340m. This growth was predominately generated by the start of the Stuttgarter Netz and S-Bahn Rhine-Ruhr regional passenger contracts.

NS says it is unable to estimate the total losses for 2020 as it is unclear how services and passenger volumes will recover, how the pandemic will develop and the extent of further government support for NS in the Netherlands and Abellio. NS fears that the concession for the Dutch core network might suffer from a value reduction of up to €2bn.

“This autumn we will again do everything to be there for the passengers in a way which is logical and responsible in the coronavirus-era,” says out-going NS CEO, Mr Roger van Boxtel. “After the summer, new season tickets will be introduced, which will be attractive for commuters who will work from home more often in the near future. ‘Distributed traveling’ (spreading the peak) is essential for increasing passenger volumes.

“Besides agreements on school hours in the education system, we are negotiating with our big clients. Due to different travel behaviour and the economic downturn, it is expected that recovery of passenger transport will not be achieved before 2024. Meanwhile, permanent costs continue. The Dutch public transport sector has to adapt to the new situation. However, it will not make it without further support.”

After releasing its first half results, NS informed staff of measures it will take to return to a financially healthy position. NS wants to recover financially by 2025 in time for the start of the 2025-2040 core network concession.

NS estimate lost turnover of about €4.7bn over the next four years and it will reduce costs by €1.4bn to help avoid sharp increases in fares. NS previously confirmed on June 29 that it could cut up to 2300 jobs, or around 11.5% of its current workforce, due to the impact of the coronavirus crisis.

NS has been in talks with the trade unions and employees’ board to discuss the situation regarding future employment and working agreements. NS aims to guarantee jobs and improve its education and development offer, which should allow employees with fixed labour contracts to keep their jobs. NS is also allocating €50m for education and pensions.

The proposal is being studied by trade unions and NS hopes to reach a general agreement with employees.