THE Austrian government has reintroduced a subsidy to Austrian Federal Railways (ÖBB) and Westbahn to operate their respective passenger services on the Vienna - Salzburg route as the country enters a second national lockdown. 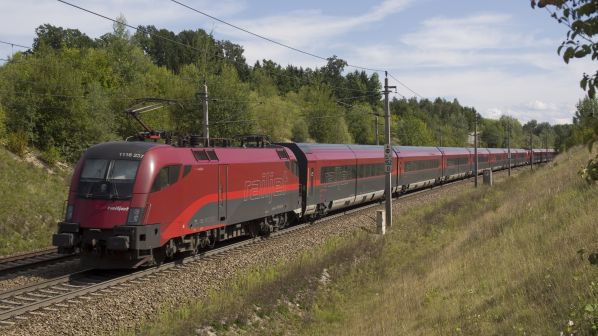 The federal Ministry of Climate Protection, Environment, Energy, Mobility, Innovation and Technology will provide ÖBB with €37m and Westbahn €7.5m to maintain rail connections on the route from November 16 until February 7 2021.

Westbahn is operating nine daily connections via Vienna Meidling and three connections on its conventional service via Vienna Hütteldorf apart from on Saturdays.

An ÖBB spokesperson told IRJ that without the financial support, ÖBB would have ceased operation of the service, which both itself and Westbahn operate commercially. The spokesperson added that current loadings are at around an average of 20%, the same level as during Austria’s first lockdown earlier this year.

The government introduced a temporary public service obligation (PSO) contract to both operators on April 20 to maintain an hourly service on the route. This agreement expired on October 7, with the government instead choosing to waive track access charges for operating services.

However, Westbahn said that the decision not to extend the subsidy had left the operator at risk of further staff cutbacks - it had already laid off 100 staff - and service reductions because relief of track access charges would only cover a quarter of its costs.

Dr Erich Forster, Westbahn CEO, told IRJ in October that the company required around €1m a month in addition to the reduction in track access charges to operate an hourly service at the suppressed levels of demand. Track access charges have been reinstated under the new agreement.

“The train is the backbone of public transport in Austria,” says climate protection minister, Ms Leonore Gewessler. “Even in difficult times, she brings us to our destination, the doctor to the hospital, the cashier to the supermarket. We make sure that people can rely on it even in a crisis.”