Virgin sues Brightline for $US 251.3m over naming contract

The lawsuit comes as Mike Reininger is named as Brightline CEO. 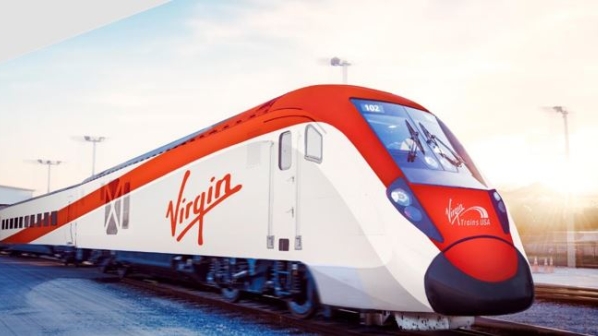 The short-lived Virgin Trains USA rebranding was reversed by Brightline.

VIRGIN Enterprises, Britain, has launched legal proceedings against US private operator Brightline to recoup $US 251.3m it says it is owed after Brightline pulled out of a 20-year deal to use the Virgin brand.

Brightline rebranded as Virgin Trains USA as part of a 20-year licencing agreement signed in November 2018, which also saw the operator rename its main station as Virgin MiamiCentral. The partnership was short-lived, with Brightline serving notice of its intention to withdraw from the agreement in April 2020, shortly after it halted its Miami and West Palm Beach service in March due to Covid-19 pandemic.

The lawsuit says Brightline told Virgin it would be terminating the agreement as the “Virgin brand had ceased to constitute a brand of international high repute, largely because of matters related to the pandemic.”

Virgin has accused Brightline of using the pandemic as an out, calling the claims about the brand’s reputation “cynical and spurious” and “completely false.” The suit claims that Brightline’s continuing use of Virgin imagery on Twitter around the time that it wanted to withdraw from the agreement proved that Brightline’s reputation wasn’t harmed by the use of the Virgin branding.

According to its claim, Virgin told Brightline that its attempts to cut ties in this way would amount to a "material breach and repudiation" of their agreement. Virgin then served its own notice of termination in August, reports Law 360, which broke the story.

The $US 251.3m being sought by Virgin includes what it would have collected if the agreement had continued through to 2023, the earliest the deal could have been cancelled with a termination fee, which is included in the damages Virgin is seeking.

As part of the legal case, Virgin has asked a British court to determine whether the pandemic undermined its standing as “a brand of international high repute.”

News of the legal battle, which was filed on February 10 but only made public on March 4, broke on the same day as Brightline announced that Mr Mike Reininger would take up the role of CEO of Brightline Holdings.

The new holding company will oversee the company’s strategy across various geographies and advance plans for expansion into new markets.

Reininger served as the president and chief development officer of Brightline from 2012 to 2018, overseeing the initial launch of Miami - West Palm Beach services, including a station at Fort Lauderdale. The company is now constructing an extension to Orlando, with plans for a further extension to Tampa via the Disney Springs resort.

“We’re excited to welcome Mike back to Brightline and the timing could not be better as we look to break ground on Brightline West and expand to new markets,” says Mr Wes Edens, chairman of Brightline and co-founder of the operator’s parent company Fortress Investment Group. “Mike’s track record in financial markets and as a major developer, positions Brightline for success at a pivotal time for high-speed rail and infrastructure investments in America.”

The under-construction extension to Orlando International Airport will extend the Brightline service from Miami to 378.2km. Brightline is already planning a third extension to Tampa that would include a station at Walt Disney World Resort’s Disney Springs location.

“With a proof of concept established at Brightline, it is an honour to work with the talented leadership team already in place to help advance the vision for a mobility solution that is efficient, sustainable, technology driven and most of all, enjoyable,” Reininger says. “With the singular knowledge base and experience gained over the last 10 years, and with an eye toward car-free travel experiences, I look forward to seeing service reinstated in Florida and the wealth of opportunities that will follow.”