THE 10 Hokuriku Shinkansen trains which were damaged by flooding at Nagano depot following Typhoon Hagibis on October 12 are to be scrapped as the damage to electrical and electronic equipment is deemed too great to repair to ensure the safe running of the trains. 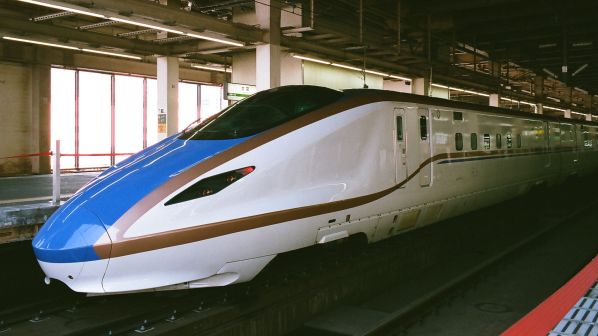 The 10 flood-damaged series E7/W7 Hokuriku Shinkansen trains are to be scrapped.

The decision was announced by the president of JR East, Mr Yuji Fukasawa, during a press conference in Tokyo on November 6.

Eight of the damaged 12-car trains are owned by JR East and two by JR West, as the two railways operate the Tokyo - Kanazawa Shinkansen jointly. The trains have an estimated value of Yen 14.8bn ($US 135.6m) with the JR East trains valued at Yen 11.8bn and the JR West trains at Yen 3bn. While the two railways hope to be able to recover some components from the damaged trains, they intend to post the losses along with reduced revenue in the current financial year.

The 10 damaged trains represent one-third of the Hokuriku fleet, which means two railways have had to cancel about 20% of services. While it has been decided to order 10 replacement trains, plans have been drawn up in the meantime to redeploy other Shinkansen trains to the Hokuriku line as Fukasawa has promised to restore a full service on the Hokuriku Shinkansen by the end of the current financial year which ends on March 31 2020.

The Joetsu E7 trains were ordered to replace double-deck series E4 trains, which Nikkei says will have to remain in service until the new Hokuriku trains are delivered.