CHINA Railway Corporation (CRC) has begun testing piggyback wagons built by CRRC Qiqihar Rolling Stock as part of a joint initiative to evaluate the possibility of transporting of articulated lorries and semitrailers on the Chinese rail network. 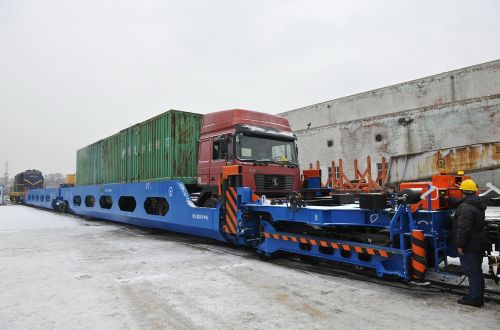 The articulated wagons are equipped with a rotating deck which enables lateral loading and unloading of the train without the need for uncoupling. CRRC says this means very little investment is required in terminal facilities, enhancing the flexibility of the system.

The project was launched in 2010 with the support of China Academy of Social Sciences (Cass) Highway Research Institute, the Ministry of Transport, China Academy of Railway Sciences, and China Railway Special Cargo.