IRJ market analyst Oscar Sinclair looks at the trends and orders which shaped the rolling stock market in 2019. 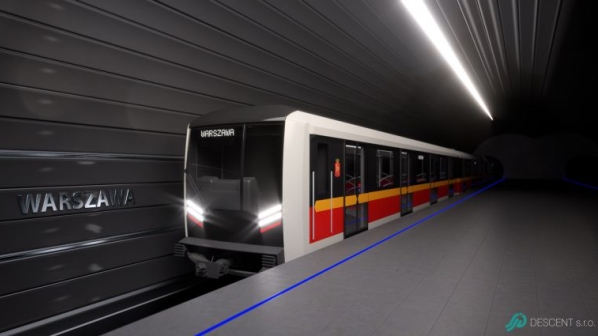 Škoda Transportation was awarded a $US 2bn contract to supply up to 45 six-car metro trains to Warsaw in October.

THE global rolling stock market witnessed a 4.9% overall increase in the number of vehicles ordered last year, according to IRJ Pro Fleet Monitor. The number of individual orders recorded in the database, however, remains relatively static, at 192 compared with 190 in 2018.

Although vehicle order quantity has remained flat, the total value of contracts awarded during the year has seen a substantial increase of 25%. Contracts together worth more than $US 30bn were awarded across the year, an increase of $US 6.2bn from 2018 and the largest since IRJ Fleet Monitor began compiling data in 2012.

Five contracts awarded in 2019 were valued at over $US 1bn and represent a combined value of $US 10.39bn. This compares with four contracts valued over a billion in 2018 with a total value of $US 7.5bn.

The largest order in 2019 was from Federal Passenger Company (FPK), a subsidiary of Russian Railways (RZD), with Transmashholding subsidiary Tver Carriage Works (TVZ) for the supply of up to 3730 passenger coaches. The $US 3.7bn contract comprises an initial order of 2644 coaches for delivery between 2019 and 2025. The contract includes an option for an additional 1086 vehicles.

“The number of individual orders recorded in the database remains relatively static at 192.”

Škoda Transportation was also awarded a $US 2bn contract to supply up to 45 six-car metro trains to Warsaw in October. A consortium of CAF, Pacific Partnership and DIF Infrastructure V won a $US 1.9bn contract at the start of the year to supply a fleet of 117 diesel-electric trains for Transport for New South Wales (TfNSW) in Australia.

In January, Taiwan Railway Administration (TRA) signed a $US 1.6bn contract with Hitachi Rail for the supply of 50 12-car inter-city EMUs. RZD ordered 13 high-speed Velaro Rus trains from Siemens and Ural Locomotives in June, an order valued at $US 1.2bn.

High-speed rail orders fell sharply last year, with vehicle quantity dropping from 1632 to just 158 in 2019. The drop-off was due to a spike in orders in 2018 from China, with seven orders comprising more than 1500 vehicles placed during the year. Three of the four high-speed train orders in 2019 were placed in Europe by Trenitalia, French National Railways (SNCF) and RZD.

EMU orders remained flat in 2019 but make up just under a quarter of all vehicles ordered. The overwhelming majority of contracts - 40 out of 48 - were awarded in Europe. Highlights include CAF winning a €700m contract in September from SNCF to supply 28 200km/h long and medium-distance trains.

Metro train orders increased by 11.7%, despite a lack of orders from North and South America. Highlights include Seoul Metro awarding Woojin Industrial Systems (WJIS) a contract worth $US 314.7m to supply 336 metro cars, and Transport for London (TfL) awarding CAF a contract to design, manufacture and supply a fleet of 43 five-car driverless metro trains for the Docklands Light Railway (DLR).

Bi-modes saw an uptick in orders last year with six contracts awarded, including large orders in France and Britain. First Trenitalia awarded Hitachi Rail a contract to supply 13 five-car bi-mode diesel and electric trains in December, which will be built at Hitachi’s County Durham factory.

Environmentally-friendly vehicles were increasingly in-vogue in 2019, reflecting the industry’s desire to move away from diesel. This corresponds to a fall in DMU orders from 410 to 172 in 2019.

Large contracts were signed in both battery and hydrogen-powered multiple units. In October Schleswig-Holstein transport authority NAH.SH signed a $US 665m contract with Stadler to supply 55 Flirt Akku battery-electric multiple units. The new trains will be introduced on routes served by DMUs and will enter service in 2022.

Stadler was awarded 31 contracts during the year, higher than any other supplier, for a total of 1474 vehicles. Stadler achieved strong month-on-month order flow, with new contracts signed each month from January through to the end of November across Europe, Asia and North America.

Most notably, Metropolitan Atlanta Rapid Transit Authority (Marta) placed a record-breaking order in March, for 127 two-car metro trains with options for up to 50 additional trains. The order is worth over $US 600m and is the largest in Stadler’s history in terms of vehicle quantity.

Seven of the top 10 suppliers exceeded results seen in 2018 when looking at vehicle quantity ordered. Alstom saw the highest volume of vehicle orders during 2019, when looking at all contracts including joint ventures.

One of the most significant orders came from Paris Transport Authority (RATP) and Ile de France Mobility. A consortium of Alstom and Bombardier were awarded the €530m contract in November to supply 44 trains for use on the Paris metro network, which includes options for up to 410 trains

Hitachi was awarded five large EMU and bi-mode contracts last year, which considerably increased vehicle orders from 2018. Siemens also performed well, seeing 26 contracts during the year, 10 more than in 2018. Eight of the top 10 orders awarded to Siemens were signed in Germany.