The sleepers are being inspected following the fatal derailment at Burgrain. 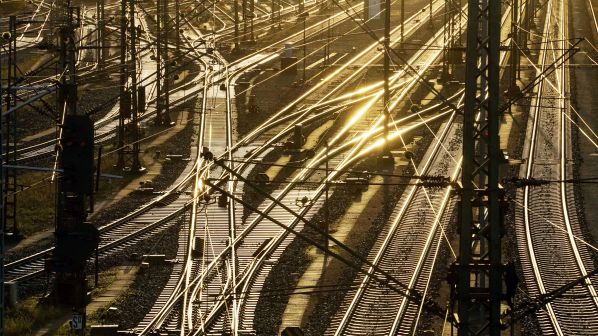 GERMAN investigators examining the fatal derailment at Burgrain near Garmisch-Partenkirchen on June 3 have begun focusing on the poor condition of the concrete sleepers installed on the line, with infrastructure manager DB Network launching a nationwide inspection of routes with similar sleepers.

The inspection has led to substantial service reductions as entire lines have been closed to facilitate the assessments, causing major disruption, especially as the introduction of the 9-euro ticket has led to a major increase in passenger traffic across the country.

In eastern Germany, Abellio has had to suspend regional services on several routes in the state of Saxony-Anhalt as DB Network closed long sections of six lines from July 25 without warning. The lines remaining closed as of July 27.

In Bavaria, state operator Bavarian Railway Company (BEG) has publicly criticised both DB Network and operator DB Regio, saying DB Network’s failings have contributed to a major increase in delays, with infrastructure-related delays rising to 11.7% of all delays in June from 1.8% for the period from January to May. BEG has joined the widespread calls for massive investment in the rail network, far beyond the high-performance corridors announced by DB and the federal government.

BEG has also criticised DB Regio for failing to provide enough replacement buses on the line to Garmisch-Partenkirchen where train services remain suspended six weeks after the accident at Burgrain, with no early resumption of services planned.

Separately, the German Locomotive Drivers union (GDL) has held a press conference at which it has argued that the failure of infrastructure at the Burgrain accident site was the result of systemic underinvestment. The union also noted that DB Network had identified that the site required remedial work, which was due to commence just weeks after the accident.

The failure to install check rails on the curve at Burgrain, and on similar curves elsewhere in Germany, has also been noted, and GDL believes their use would have possibly prevented the fatalities that resulted from the derailment by keeping vehicles upright.